I’ve purposely avoided writing about BP and the disaster in the Gulf of Mexico primarily because it hits so close to home, I know many people involved, and generally, I avoid political hot buttons.  That said, there are too many HR and Leadership lessons to be learned from the tragedy not to put a few thoughts out there.

Anyone who has been under a rock for the last two months, go here to get caught up. 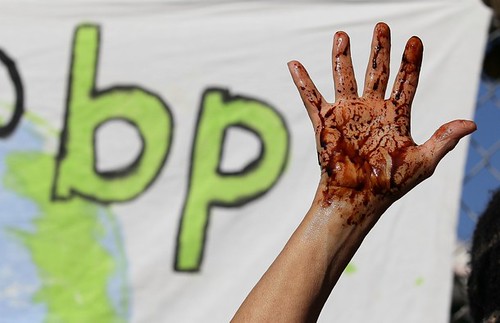 While it is yet to be determined to whom the fingers should be pointing, suffice it to say BP has and will continue to bear the brunt of the blame.  There is justifiable dissatisfaction with respect to the spill and response by all companies and officials involved.  The environmental and economic impacts are beyond comprehension.

In reflecting on what is known, I’ll start my list of “HR/Leadership Lessons Learned” with:

Be Prepared:  As much as I hated doing business continuity plans or disaster recovery documentation, there is a reason we go through these exercises.  There is an enormous internal response required before and after terrible events in addition to the external response.  I’m not talking “phone trees” – but truly knowing who is doing what, conducting media training, technology back-ups and how to respond to impacted employees and families.  Various accounts indicate all the companies involved were less than perfect in their initial reaction, and certainly when human lives are at stake there cannot be any excuse for lack of planning.

Beyond Promises:  True leadership is not about talking about what needs to be done, but actually taking action.  Immediately BP was working around the clock and pulling people from various departments to work 16+ hour days, 7 days a week.  Numerous BP employee volunteers were sent to the impacted region to provide assistance.  Key leadership held town-hall meetings to talk with BP employees about the incident, the response and what was going to be asked of them.  There are many leaders within BP who have taken ownership to work towards a solution and are actually working hard to collaborate with others outside the organization as well.  It is times like these that true leaders emerge, even if the chosen leaders are hiding behind closed doors or corporate lawyers.

Be Prudent but Productive:  Do you think the person in charge of Tony Hayward’s initial media responses is still hanging around?  Communication gaffes can bury a person or an organization in seconds.  While his responses during the congressional hearing were clearing crafted, you still have to sit back and say, “Huh?!”  How does a CEO of a multi-billion dollar company get away with saying things like:

“I am not stonewalling.  I was simply not involved in the decision-making process.”

Or when Rep. Michael Burgess asked why Hayward did not know about these problems, Hayward depicted himself as far removed from decisions made in Houston and on the rig.  Again, not what you want to hear from BP’s CEO:

“With respect…we drill hundreds of wells around the world, ” Hayward told Burgess.

The importance of constant communication, language, understanding cultural differences and keeping tempers in check in situations like these cannot be underscored enough.  Remember that your customers, shareholders, constituents and other interested parties generally only hear what the media reports – so common sense would tell you to not talk about “wanting my life back” when your company may have contributed to the deaths of others.

That said, being prudent does not mean being evasive or uncooperative.  The goal should be more productive in nature: talking about what can be done to find a solution, fix a problem, helping those in need and how to avoid such disasters in the future.

We all have the opportunity to learn from this horrible occurrence.  Think through your own HR plan and ensure your leaders are prepared for the worst – by being able to react, respond and recover with the best.