In HR we hear so much about how our employees fear change, loath change.  If you Google the phrase “why do we fear change?” you’ll get 141,000,000 (yes Million) responses.  I get it, and I’ve been afraid before; but man-o-man, our guts are just shriveling. There is fear of the unknown (could I lose my job?) and the known (my company just merged!). There’s the fear that job scarcity brings in a bad economy and the fear overabundant choices bring in a good economy. And who doesn’t fear the change failure brings and the new responsibilities success brings.  Even Garth (from Wayne’s World), when asked how he felt about making a change answered, “We fear change,” then proceeded to beat something up with a hammer.  You know the type. 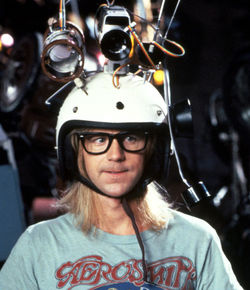 But I gotta say – in all my infinite HR wisdom, I don’t buy it anymore.  I don’t see it in practice.  Do you?  I propose that the people who really matter in your organization, the 20% of your 80-20 rule, are BORED out of their HEADS.  And the only thing keeping them at your organization is change.  Especially, most especially during the duck and cover mentality this economy has encouraged.

Also, the new workforce is wired for brain change.  From the videos we’ve been watching since age 8 to our constant Googling, it seems our attention spans are shortening.  The average reader’s mind wanders after 7 minutes; web browser after 10 seconds.  Whether this is due to nurture or nature is still not known… but practically speaking, does it even matter?  Statistics say that by age 38 the modern worker will have had 14 jobs.  Employees are change afficionados and HR need to be the change agents especially if it feels that your company is just riding out the storm.

So how does HR create change when job opportunities fly out the window?

A mentor of mine who I respect greatly said to me, “You know there can’t be a new ride at Disney World every year.”  Too True.  But if ol’ Walt doesn’t at least shake up the speed of the old ride… Six Flags will start to look like “Tomorrowland.”