I am a self professed student of social media…to say I can geek out over it is putting it mildly  So Monday, June 14th was my social media Christmas…I got to attend TWTRCON NYC.  You should know that my day job paid my travel expenses and TWTRCON let me in as a volunteer, because I offered, well maybe cajoled them into letting me live tweet the event.

I could wax on about the event for hours.  The day literally flew by there was so much content and great people to talk to.  You need to know at TWTRCON no one, not one of the many subject matter experts, stands up and claims guru status.  In fact, if pressed, they all deny it.  And after a day of listening to them, I get it. 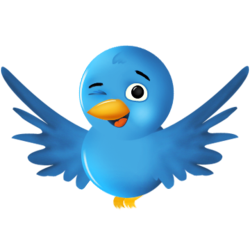 One of my favorite people to see speak is Laura Fitton (@Pistachio), she’s known as the original Twitter Queen and a regular at TWTRCON.  She has incredible insights on what works and what doesn’t and tells it like it is.  It was interesting that the rest of the day many of the speakers re-tread information Laura presented in her pre-keynote.  She does an amazingly on-target example of the impact of Twitter on Google SEO results when she asks the crowd to “Google” her username.

It was abundantly clear after listening to WholeFoods (Marla Erwin), LiveStrong (Doug Ulman) and NewellRubbermaid (Bert DuMars) chat with Steve Rubel that there isn’t a right way to do Social Media, but there is a right way to do it for your company. Factor in authenticity and engaging your employees in the corporate branding process – for me this translates well to the employment branding process.

Geolocation was a super hot topic just as it had been at TWTRCON DC.  But truly, Foursquare, SimplyGeo and GoWalla are just at the very beginning of what geolocation could possibly morph into…and what company is right there with them? Starbucks.  They’re pursuing it from a consumer perspective, but it’ll be interesting to see how and when they switch it over to the candidate.  If you haven’t checked out any of these geolocation apps on your phone, you should, just to get a feel for what they can offer.

Martha Stewart – I’ll own it – she intrigues me.  And I’m not the only one either – it was a standing room only crowd.  Her interviewer, David Pogue of the New York Times, did an incredible job of keeping the interview light, yet informative and delivering a birds eye view in how this media maven uses social media to promote what is truly an empire.  Martha limits her tweeting to just 5 minutes a day. That’s it. And she’s been known to dictate her tweets too.  It’s addictive, she says, so just five minutes.

I did get to see BPTerry speak.  And all I can say is that was just a little weird…you can get one of his free $25 t-shirts here.

The day was filled with mini sessions on tools and case studies.  Modern Media, the company behind the magic of TWTRCON, constructs a day that moves smoothly, gives their sponsors 5 minutes in the spotlight and yet delivers an amazing amount of impactful information at the same time.  The volume of tools and general best practice knowledge that came out of the day is overwhelming.

I will say that live tweeting an event, when that’s your primary reason for being there, is arduous – particularly when you’re doing it for 9 hours and are intent on making it a one-day trip. Stuff happens – at one point we were dealing with a Peta protest and other various issues.  Why do it? Because a while ago I had someone in the recruiting industry share with me that sometimes to think outside of the box you have to get out of the box, i.e. attend events that aren’t specific to your industry.  And boy, were they right.  Lots of inspiration from TWTRCON!