We have email conversations. Interesting email conversations. And I caught wind of an interesting back and forth between FOT's Kris Dunn and Tim Sackett as they broke down a trend reported by the Huffington Post the other week of companies advertising in job postings that they will not consider the unemployed. Of course, your gut reaction as a good HR pro and/or bleeding heart is that this is just wrong, wrong, wrong… but what's really behind the trend? Dig a little deeper with KD and Sackett as they break the issue down… Hey did you catch the article over at Huffington Post – Disturbing Job Ads: “The Unemployed Will Not Be Considered” that's getting play this week?  Both Laurie (aka Punk Rock HR) on Facebook and John Zappe over at ERE had similar takes in that any benefit from limiting your job pool to only those employed are far outweighed by the negative effects it will have to your employment brand.  At the very least, the article has touched a sore spot of HR Pros – 99% of the comments I read about the article were very negative on the practice.

I don’t know though.  My first reaction is a little bit of a Wow – from the standpoint I’ve been behind that corporate HR desk and waded through the hundreds, if not thousands, of applicants for my openings, and I probably always subconsciously wished I could have posted “no unemployed applicants accepted” for the simple fact it helped me screen down my pool.  But beyond that, I can’t tell you how many hiring managers, I’ve worked with in every company I’ve been with, who just didn’t want to look at resumes of candidates who were unemployed. That’s just a simple fact…

From: kris dunn [mailto:hrcapitalist@gmail.com]
Sent: Friday, June 11, 2010 11:34 AM
To: Tim Sackett
Subject: Re: Disturbing Job Ads: 'The Unemployed Will Not Be Considered' 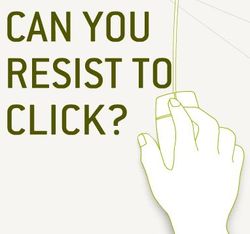 I saw it.  Like you, I see the hesitation, even in a very down economy, toward hiring the unemployed.  It's not fair, so I get the backlash.  My take is whether that's really what they mean to say with this tagline toward the unemployed.  As an active recruiter, I'm wondering if they don't actually mean the following tagline:

"We've got nothing against the unemployed.  That said, if you're unemployed and applying for 300 things a day (270 of which you really aren't qualified to do), chances are you're part of a growing problem – raw volume of applicants for each open position that make it harder for us to give attention to candidates who are strongly qualified or on the periphery of being qualified.  How can you help?  Cut down the number of jobs you apply for each day to 5 at the most.  Use some other tools to find out who you can call in your network to find a decision maker or influencer…"

I know there is bias against the unemployed, which sucks.  I think some of it has to be volume related.  Stop spamming to limit the bias.

Can't we all just get along?  I think Rodney King had it right.

Is it just me, or is there a touch of political correctness to this entire concept as well?  Don’t get me wrong, I know we have had a terrible economy and it isn’t rebounding as fast as any of us would like, but if you’re a professional – in almost any field I can think of – and 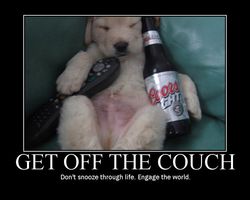 you’re out of work for 12+ months – there is a bigger issue at play than the economy.  I personally don’t know one person who has been out of work for more than a few months, who wasn’t a very solid professional and had the resume to back it up.

Conversely, I’ve known quite a few people who’ve been out of a job for a year or more – and every single one of them had an issue.  Might have been lack of experience, lack of education, personality flaw – something.  So, maybe the tagline needs to add some timing: “Look, if you’ve been unemployed for 12 months and haven’t done anything besides collecting unemployment and sending out resumes – please don’t apply.”  Now, if they can show they’ve actually done some other things during that time to pick up their game – volunteer, start a blog, mentor someone, etc. – then you get your ticket back to apply at will.

Also, when did HR Pros start working for the candidates – and stop working to find the best talent for their organizations?

So I started getting hives on what you were saying until you got to the last part.  Not that it wasn't true, but as an HR guy, I smelled Kryptonite.  Do you think Superman could smell kryptonite a little bit before he ran up on it?  Maybe he's getting ready to check into the Marriott and says, "Damn, it feels like there's some nasty stuff here…Maybe I ought to swing over to the Embassy Suites instead"…

The last part saved me – no kryptonite.  If you've been out of work for 6-12 months, you have to do something to show that you're in the game.  Work for free, write in the industry, something… Just don't hang out.

HR Pros as agents for the unemployed?  I get it.  You see candidates not doing the things you outlined and you say to yourself… "Dude, you gotta do something to separate yourself from what has become a very large pack"…

So, as an HR Pro, I'll coach some people up on what they need to do.  Makes me feel human and caring to do it, but guess what?  The advice you're giving is hard for 95% of the world to execute.  Most won't take it.  It's hard for most to do…

Which begs another question – should HR pros and recruiters ever coach candidates?  Or are we responsible for being the folks who observe the game, let nature take its course and simply pick the best.  Is coaching a candidate ever acceptable ethically?

From: Tim Sackett <sackett.tim@hru-tech.com>
Date: Fri, Jun 11, 2010 at 1:40 PM
Subject: RE: Disturbing Job Ads: 'The Unemployed Will Not Be Considered'
To: kris dunn <hrcapitalist@gmail.com There is only one time that a HR pro/recruiter/etc. can coach a candidate – after the offer has been made to another candidate and you're calling them to tell them they didn’t get the job (assuming you’re not doing some volunteer work on the side as a professional – separate from your company).  Otherwise you’re forgetting who pays your check.  Somehow in HR, we get this feeling about ourselves like we got an HR job and we become “Life Coaches” to the masses.  Improve the talent in your organization – stop trying to save the world one unemployed worker at a time – I’m just saying.

I’m out – need to go make sure I change all my job postings back to EOE so the HR Police don’t come after me and tell me exactly how and why I should allow every Tom, Dick and Harry into my candidate pool – so I can justify some more resources for my ever-growing HR budget and get that new retinal scan security system for the door to the HR office.