You are recruiting on an open position.  You source a candidate, screen him, have him chat with the hiring manager and decide to fly him in for an interview with the team.  After a long day of interviews, it is determined that this candidate will not get the job.  What do you do? 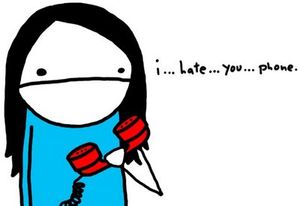 A)  Let him know that you will not be offering and offer him some feedback on his interviews.

B)  Tell him that he did very well, but another candidate was stronger.

C)  Send a quick e-mail saying the position has been filled. Best of luck in your search.

I will accept A, B, and begrudgingly, even C.  But, if you picked D, you just failed Professor Pankow’s Probing Pop Quiz.

I know we’ve covered this topic at FOT in the past.  But, I feel like I have heard multiple stories from candidates recently about how they’ve gone through an entire recruiting process and heard nothing in the end.  Zilch.  Nada.

If you are a recruiter who frequently leaves candidates hanging, I would like to hear from you in the comments.  Why do you do this?  What makes this okay either professionally or morally?

I am not talking about a response for every candidate that applies.  I mean, if you are a high volume recruiter, it’s not realistic that you are going to send an e-mail to hundreds of people.  But, don’t you feel you owe some kind of explanation to the people you’ve spoken to?  People who have taken time out of their days and often days off of work to interview with your company?

My guess is that reasoning for this comes down to one of two things.  Either the recruiter doesn’t like giving bad news or they are too busy to reach out.  Here are my suggestions for both.

If you don’t like giving bad news, try to remember that this is not about you; it’s about the candidate.  Giving them the news, even if it’s bad, at least gives them closure.  They know that they shouldn’t wait on pins and needles for this opportunity to come to them.  They can move on and know they tried their best.  Most people express gratitude when I call them with the bad news.  Of course, it doesn’t make their day.  But, at least they know that we cared enough as a company to let them know where they stand.

Time, I can sympathize with a little more.  We’re all busy.  But, try to consider it part of the process.  Just like you need to block time for the phone screen, just like you need to block time to deliver an offer, block time to break the news.  It can be as quick and easy as a form e-mail.  A phone call is better and more personal, but if time is really the issue, just hit send on a pre-constructed mail.  When I am pressed for time, I will often shoot out such an e-mail with an offer to schedule some time if they want further feedback.

Feedback doesn’t need to take longer than 10 minutes.  Maybe even less.  “Hi… you didn’t get the job. We’re moving forward with a candidate who had a stronger background in mud-wrestling.  Sorry to bring bad news. Do you have any questions?”  That’s it.  It’s quick and it’s easy.  Move along to other things.

I’m sorry to rehash old wounds with topics already explored.  But, come on, people.  We work in Human Resources.  We’re supposed to know how to deal with people.  The Golden Rule is important in recruiting as well as life.  Treat candidates as you wish to be treated.  And, stop ignoring them.