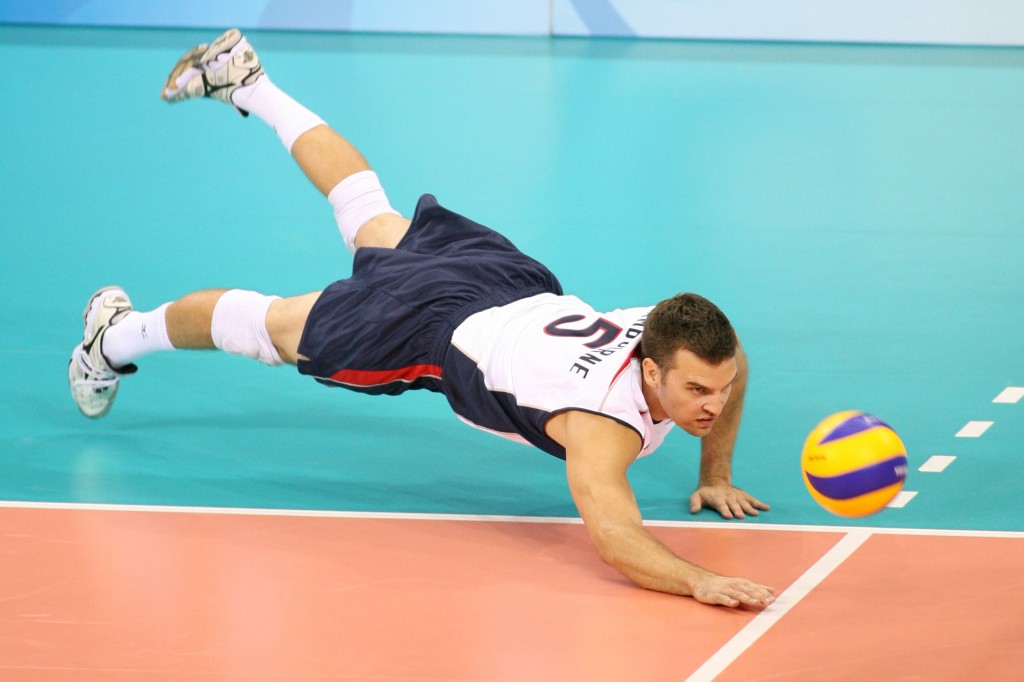 I started playing competitive sports when I was in 2nd grade.  First, there was tennis (Tracy Austin I was not), track, swimming, and by 7th grade I’d made the “A” team in volleyball and basketball.  After one particular loss in volleyball, my dad pulled me aside and told me I had to “want the ball to come to me every time” it was served.  At the time, this scared me because I didn’t want to be the cause of a bad play or loss.  I soon realized though that having the mentality of wanting the ball so I could make a play on it would change how I approached every sport I played from there on out.  It is part of what I believe helped make me a better than average player, even though my genes screamed average with regard to speed, strength and natural talent.

Consider some of the professional athletes of today, and you can see they have a mental attitude that says, “Give ME the ball.”  Take Todd Coffey, relief pitcher for the Milwaukee Brewers.  Just looking at him you’d think he needs to lay off the beer and peanuts, but his attitude screams, “I’m a player.”  His signature sprint out to the mound each time he’s called up says it all.  Take a look – he obviously wants the ball.

Then there’s Tomas Berdych, a 6’5″ tennis player and household name, right?  He’s played in 12 ATP tournaments and has won none.  He came to Wimbledon this year not expected to do much and ended up beating the #1 and #3 players in the world, each in 4 sets, and then finally lost in the championship match to #2 Rafael Nadal.  Clearly, he wanted the ball (but perhaps ran out of steam against Nadal).

I wasn’t at the SHRM convention in San Diego, but I’d guess there were a few people milling around there who share the same attitude with Coffey and Berdych.  I looked at the Executive Education sessions and 3 of the 4 had words such as, “Busting“, “Leadership“, “Sustaining a Competitive Advantage” in the titles.  Bring in Chevy Chase next year to discuss how to “be the ball” and I’m there!

When people ponder the future of HR or ask, “What’s wrong with HR?!” it’s my belief we don’t have enough HR pros who possess the attitude of “Give ME the ball or I want to win the game.”  If there were, we’d have more HR practitioners teaching at SHRM conferences and sharing their own personal stories of achievement and beating the odds.  We’d have more HR folks who move into top leadership roles in their companies outside of HR vs. those non-HR executives who “land” in HR to finish out their careers.  Frankly, we’d have more students coming out of college wanting a job in HR because of the opportunity to build successful business careers and make a better than average living.

So, how do we (HR) move the needle?  We have to want the ball now, which means stepping out of your comfort zone and bucking the status quo when it makes sense. It means sprinting into work each day with an attitude that does not allow you to be consumed with the day-to-day, but stay focused on the long-term and those goals that will improve your overall company. It means wanting to AND making time to mentor, network and share your success stories with others who will benefit from lessons learned.  Mysteriously, this doesn’t just happen to some people and not others… and the reality is it has little to do with innate talent.  Taking control of your mental outlook and demanding the same courage out of your team will prepare you to make the incredible play – or perhaps even win the game!

It’s time to lift up your head in HR – the ball’s about to be served in your direction!