No huge surprise – BP announced today that Tony Hayward will be stepping down as CEO as of October 1st.  After the disaster in the Gulf killed 11, falling stock prices, numerous failed attempts to stop the oil leak and even more numerous ill-placed comments and responses from Tony (including a yacht racing episode), it was inevitable a change would be made.

As I heard the news though, my first thought was to wonder if Tony asked to be cut loose, and if not, if he is actually pleased he is being released.  After all, he’ll get a $1.6 million dollar payout which is equivalent to about a year’s salary, he’ll be able to draw from his pension which is reportedly worth another $17 million and retain his rights to shares under a long-term performance program that could be worth a hefty amount assuming BP’s stock recovers.  Additionally, he is being recommended for a non-executive board spot over at BP’s Russian joint venture, TNK-BP (which, depending on who you ask may or may not be a choice appointment). 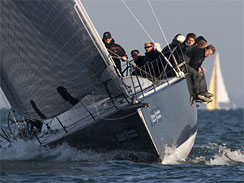 Is anyone truly surprised by this departure package? I actually am as I figured it would be much more! Only a year’s worth of salary – really? Just think about your own experiences with departing under-performing executives, rouge top salespeople or behavior problems who didn’t have a shred of documentation in their files.  How many of you wrote severance packages for these folks that made them gleefully smile?!!  I’ve seen quite a few and the reality of these types of packages are they encourage others to want to leave too.

I know I’m not the only one who has been approached by a top-performing employee pleading to be “put on the list”.  These individuals knew the kind of payouts being offered and also knew what was ahead of them if they stayed.  Depending on the situation, staying typically meant a new boss, changing directions, less resources and more work on their shoulders.  Who really wants to stick around for that when a year or two of pay, benefits and a lump sum bonus are a mere signature away?  There was also always a good chance that you’d be brought back into the organization as a “consultant” making twice what you were paid as an employee.  With those kinds of options, who wouldn’t want to be escorted out?

Beyond the workplace, think of all the other examples of poor performance or bad behavior being rewarded. Lindsey Lohan was showered with confetti on her way to jail, kept her hair extensions and the media reports she’ll get paid millions to tell her jail-time stories – all of 13 days of a 90 day sentence due to good behavior and overcrowding.  Michael Vick was cleared and reported to training camp after his birthday party resulted in the shooting of a co-defendant in his dog fighting case that resulted in Vick serving 18 months in a federal prison.  Then there’s Tiger Woods… okay, enough said.

Maybe it’s just me, but I do think we’ve swung too far in the wrong direction when it comes to paying for problems to go away.  When a high-potential says to me she feels “punished” for being a top performer, I can’t say I don’t understand the sentiment.  She watches problems walk out the door with pay packages allowing for downtime and embarking on new challenges, while inside she hasn’t gotten a pay increase in 2 years, is asked to do more with less and gets to break in a new leader.

I’m guessing we’ll see pictures of Tony on another yachting trip in the very near future, which kind of makes you feel bad for Bob Dudley.