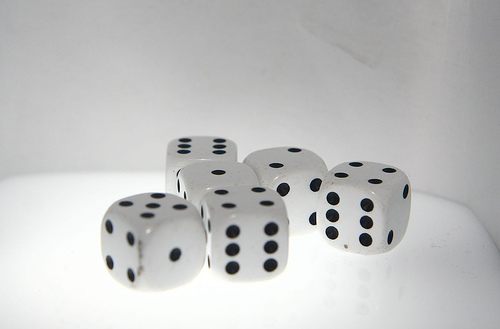 Is the economy coming back or not?  Regardless of your opinion, there’s one sure thing that’s happening in the marketplace…

Employers everywhere are hedging their bets on hiring.  The hedge manifests itself in several different ways from an employer perspective:

-Employers aren’t hiring until they absolutely have to.

-When they do hire, employers are more apt to avoid making a full-time commitment, often by bringing in contractors or temps instead of talent classified as full-time employees.

Without question, this sucks for the American worker.  However, you’d do the same thing if you were a business owner with a labor intensive business.  Unsure of whether you’re going to hit the revenue number in a tricky economy, you’re going to manage the expense line with an eye on maximum flexibility.  Hiring up through temps and contingent workers before hiring full-time is the best way to ensure flexibility with your BIGGEST EXPENSE – payroll.  Period.  That’s why this happens this way, and you’d do the same thing.

Of course, that approach isn’t great for the American worker, and the government is looking to help.  More from Workforce Recruiting:

“Two job fairs held in July 2010 offered 500 new full-time positions for production workers at BMW’s plant in Spartanburg, South Carolina. MAU, BMW’s staffing partner, will do the hiring, and the new employees will be “contingency associates” employed as contract workers through MAU.

In the same month, ZipRealty, a real estate brokerage firm, announced that as of September 1, 2010, it plans to convert all of its 900 California-based agents from employees to independent contractors. Any new agents signed on in California will be employed as contractors.

Like the jobs at BMW and ZipRealty, most of the positions created in the past six months are temporary or contract jobs, according to data from the Bureau of Labor Statistics.

“Over the past year, federal and state governmental agencies have signaled their intent to more seriously investigate the misclassification of employees as independent contractors,” says Michael Royal, a partner and employment law specialist at Fisher & Phillips LLP in Dallas. “The federal government estimates that misclassification of employees as independent contractors will cost the Treasury Department more than $7 billion in lost payroll tax revenues over the next 10 years.”

The Government Accountability Office released a major report on misclassification in August 2009.  The report called on the Internal Revenue Service and the Department of Labor to share information with each other and their state counterparts and to coordinate enforcement efforts that target misclassification.”

Can the government actually use the threat of heightened enforcement on contractor issues as a lever to force more full-time hiring?  My experience says “no”.

To evaluate the new focus on enforcement at the DOL/Federal level, let’s talk about what contractor status is and isn’t in situations like the one at BMW in Spartanburg.

What the BMW situation is not:

-The BMW situation has nothing to do with independent contractor status, which is where a lot of abuse happens.  You know the deal here.  Instead of hiring someone full time, companies code single employees as “independent contractors”, which results in those contractors being paid gross wages and then cut a 1099 at the end of the year – which means a lot of unreported revenue, loss of payments into the social security system, etc. The ZipRealty situation has exposure here, but BMW does not.

-The BMW situation has nothing to do with another area of labor law enforcement – exempt vs. non exempt status, where employees lose $$ by way of incorrect classification.

-The BMW situation is a classic example of an employer hedge.  They’re hiring up in anticipation of a recovery, and they’re doing it in a way that provides maximum flexibility.  They’re surely working through a reputable provider of contingent talent, and included in the markup they pay is all the associated taxes that employers normally pay, which will be paid by the contingency agency of record, not BMW.

Good luck attempting to force BMW out of the contingency strategy by enforcement saber-rattling.  It’s America, and the contingent strategy is one they can rightfully pursue.  ZipRealty has more issues on this front, and the issue is the definition of independent contractors.  BMW is a million miles away from that situation.

The workers’ best bet at BMW?  Be the best and be one of the first to be converted to full-time status.