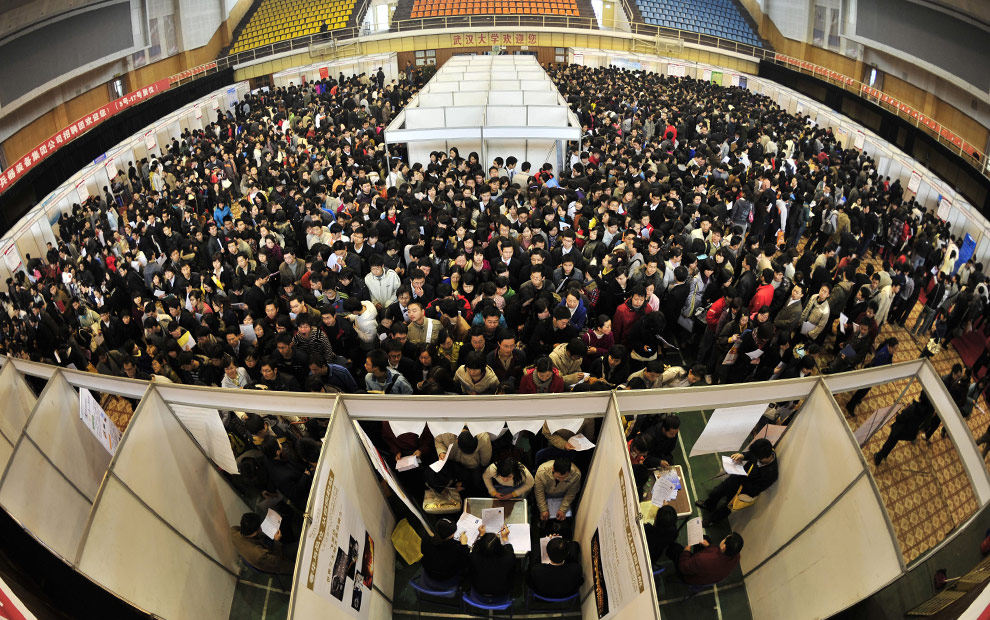 Just over two years ago, I wrote a post about job fairs.  Every year, I can count on attending at least two major conferences geared towards video games and their makers.  I love going to these conferences.  I love the networking aspect and I love meeting new people.

We typically purchase space to put up a booth in the career center at these conferences.  If I stopped to count, I am willing to bet we see over a thousand people on average over our time on site.  Some of them are passionate.  Some are super smart.  Some are the next big thing!

But this post isn’t about them.  It’s about the others.  The people who make you cringe when you see them coming.  I’m leaving out Mr. Sweaty Hand and Mr. Girl Handshake.  We see them everywhere.  These people are special.  They attend job fairs like Brett Favre attends retirement ceremonies.

#5) The Oblivious:  The Oblivious is the guy who is totally..well…oblivious.  You know how, after talking to someone for way longer than you’re comfortable with, you say something like, “Well, thanks for chatting. Have fun at the rest of the show,” and they respond with, “Thanks… did I mention that I beat Halo 3 on Legendary in under 15 hours?” and then you proceed to give an apologetic smile to the 20 people lined up behind him?  Well, that’s the Oblivious.

#4) The Halitosis: Dude, this guy annoys me.  First rule of thumb when you know you will be talking to multiple people throughout the day, brush your teeth.  Second rule, pick up a pack of mints or gum on your way.  Quick and simple solution to this problem.  But, The Halitosis doesn’t think of this.  He forgets his morning oral hygiene and then proceeds to order a double espresso with an Everything Bagel topped with Onion/Garlic cream cheese.

#3)  The Arrogant:  This is the guy that can’t understand why we haven’t hired him, already.

“But…I applied to that position over a month ago.  I totally meet the requirements”

“Well, it’s a very competitive role and we have some candidates with a stronger background in ABC.”

“But…I beat Halo on Legendary in under 15 hours!”

#2)  The Confrontational: I don’t know if I see this more as a Microsoft recruiter, or if it’s universal.  This is the person who comes to your booth simply to tell you about how much your product sucks.  “Microsoft is stupid for not doing this exact thing that your competitor is doing.” Or, “That game you made sucked.  What a horrible ending.”  These brilliant observations are always capped off with, “Can I leave you my resume?”

#1) The Stupid Question: My (least) favorite.  This guys asks things like, “Are you hiring?” and “What kinds of positions are you hiring for?” and “What company are you with?” (completing missing the 10 foot sign behind me that says Xbox).  I think The Stupid Question is related to The Oblivious.  Even after you talk to them for a while and try to coach them a bit on how to present themselves, they’ll often end with another dinger like, “How much do you pay your employees?”

These guys haunt me at every conference I go to.  Doesn’t matter what city I am in or what talent pool I am hunting for at that particular event.  All five of these characters come by to see me at some point.  I still talk to them.  I don’t roll my eyes or condescend (although I may take a step back and hold my breath when the Halitosis comes by).  But… I am beginning to feel like I am being followed.

Who am I missing?  Let me know in the comments.