I’m a little embarrassed to admit this in a community of recruiters, and I know there’s enough emotion out there that I’m going to get taken to task. Kind of like the journeyman right fielder who dares to crowd the plate on the day after Roger Clemens has had his “performance milkshake”.  You can see Clemens saying “wtf” to himself and know the wildman is going to throw at your head. You’re just trying to get on base.

Confession – I love “The Ladders”, the self-appointed career site for candidates looking for 100k+ jobs.  Disclosure – I recently spoke at an event that was sponsored by the Ladders, which made me remember that I never weighed in on the post 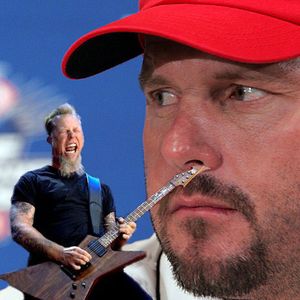 referenced below related to people thinking The Ladders was iffy at best.  No one at the Ladders mentioned that post or asked me to write this one.  I’m just always on the lookout for things to write about, and seeing their team reminded me I needed to write about this one.  If you call me a sellout, just remember – I’m disclosing when there’s nothing to disclose, people.

We’ve discussed The Ladders before, with JLee talking about their practice (current? past? I’m not sure..) of aggregating her jobs and presenting them on The Ladders website as their own, which resulted in a bunch of out of town candidates that JLee didn’t necessarily need.  If you go look at that post, it’s clear there’s a lot of emotion in the community about a variety of factors related to The Ladders, including charging candidates for job listings, the promise that candidates are going to see only 100K listings, the aforementioned aggregation issue, etc.

Bottom line – lots of people in our industry seem to not like the concept or product. Most of it seems to revolve around whether they deliver on their promise to job seekers based on what they charge.

I’m like the Dos Equis dude. I don’t use job sites for senior level positions, but when I do, I use the Ladders.  Here’s what I’ve learned – The Ladders is a great place for an employer to post a senior level job IF you are willing to relocate someone.  If you can relocate someone or are at least willing to consider and talk about that prospect, The Ladders rocks from a quality candidate flow perspective.  It’s a very, very good source of people who look like you need them to look for your Sr. level job. Good hair. Good Teeth. The right experience.  Post a job at the Ladders, and you get a higher percentage of candidates who actually look like you need them to look for a Sr. level job.

The limitation for me – I can only use it when I have a spot I would relocate someone for.  Of course, I live in a metro with only a million citizens, so I’ll let someone from the Ladders hit the comments and make a business case for what type of metro in which it might make sense to post non-relocation jobs.

Bottom line – The Ladders works very, very well when I find myself in this spot.

Let me get this straight.  Someone came up with the concept to charge BOTH job seekers and employers and did it in a segment (100K+ jobs) that can actually be monetized in that way?  And they’re also continuing to develop other products and services to further monetize this food chain (see sourcing service announcement) using the tools that are already available (resume database, dudes) that HR people and recruiters don’t have time to use?

It’s hard for me to hate on that.  It’s easier for me to hate the fact that it wasn’t my idea.  I’d do that business model in a heartbeat.  You wouldn’t?  Really?

Now, on to the aggregation issue that JLee brought up.  If you go read the comments of that post, you’ll see the CEO of the Ladders defending the practice.  Marc Cendella makes the case that they’re simply providing greater service to their candidate-side subscribers by including jobs elsewhere that fit the 100K tag.   If the jobs they’re including aren’t 100K (which is what multiple folks in the comments are saying), then that’s an operational problem they need to figure out.  Additionally, I’ve never used the service as a job seeker, so I don’t know if the results that go to candidates are clearly split – one set that are employer postings, one set that are aggregated jobs from the web – but that seems like a reasonable place to start to clarify what candidates are seeing.

KD’s Conclusion – I like the concept surrounding The Ladders and have experienced the product working very well when I’ve had the occasion to use it.  On those occasions, it’s worked well for me and delivered on the promise to the candiadates who used it – they connected with a decision maker looking to fill a 100K+ job.

I just wish I would have thought of the concept instead of Cendella.  If that makes me an unfeeling, market-focused capitalist, so be it.  They’ve helped a few people along the way.