I’m a glass half full kind of guy.

So, I wanted to find the positive side to our high-unemployment-bad-economy-recession-thingy we are going through.  I mean, I’m in Michigan and Wolverine fans need something to be happy about before football season starts and they start taking their own lives, again.  (BTW – 1000+ days since UofM has beat MSU in football and basketball – I’m just sayin.) Where were we? Oh yeah, the other good news I wanted to share… 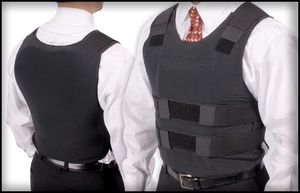 A recent BLS report shows that workplace deaths have reached an historic low level since 1992, and the 4,340 deaths in the workplace is the lowest since BLS began keeping this statistic.  Now the government researchers like to attribute these low numbers to the fact that fewer people are employed, so with not as many workers working, obviously they can’t die at work.  But, remember – I’m a glass-is-half-full kind of guy – so I say the reason for the historically low workplace deaths has nothing to do with fewer workers – in my expert opinion as a seasoned researcher – the reason for the lower death count is:

By nature, people are selfish and with so few jobs – they are just unwilling to die at work and give up their job to someone else.

There I said it – someone had to.  If we really want to fix this unemployment problem in the US, we need to get back that trend of rising deaths in the workplace – now that’s real job creation.  Even murders at work are down to an all-time low, after reaching a “postal” high of 1,080 in 1994.  Has our society softened that much where our national anthem is no longer “take this job an shove it”?!

From Labor Secretary, Hilda Solis, who takes complete credit for this disaster:

“As the economy regains strength and more people re-enter the work force, the Department of Labor will remain vigilant to ensure America’s workers are kept safe while they earn a paycheck,” Solis said.

See!  How are we actually going to create real jobs when our own government is working against us by making our workplaces safer.  We don’t need safer workplaces, we need good old fashioned running-with-scissors through the factory workplace deaths – we need job creation.  So, come on people, pull the trigger already – we have record numbers of kids coming out of school who need jobs – move it along – your job sucks – let’s go!

I come to work each day each pretty sure I’m going to get shot – I’m an HR Pro – I have a target on my back.  It’s part of the job when we get handed the task of letting people go.  Disgruntled workers come back to shoot their boss, then the HR manager, then usually anyone not smart enough to run the other way and wants to see what’s going on.  So, my advice to you – fellow HR Pro – buy a bullet proof vest, get a big term life insurance policy and start pushing buttons of those employees who are on the edge. We need to create some jobs here people.  BTW – you can buy the vests from my new company: www.HRBulletProof.com – $99 bucks – which I know sounds cheap for a bullet proof vest and that’s because it’s more vest than bullet proof – but on the positive side, you can get a picture of your cat on it!