Bring me your hungry, your disgraced, your convicted – the wretched refuse stinking of scandal, desperate for another chance, for vindication, or perhaps for redemption. 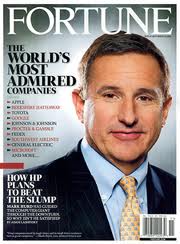 Of course by now you have heard, read up about, and quite possibly grown tired of the recent stories of ousted HP CEO Mark Hurd, rebel Jet Blue flight attendant Steven Slater, and ‘Jenny’, the turned out to be fake ‘Quit my job on a whiteboard’ chick.

In most accounts Hurd, Slater, and turned out to be fake ‘Jenny’ tend to come off poorly, as damaged goods, and worse for them, that the damage was caused by their own doing. Obviously no one coerced Hurd to run around the country with a part-time HP contractor/actress, and low rent reality TV personality.(‘Age of Love?’ Really? Ugh.)  No one put the beers in Slater’s hand and deployed the emergency slide to facilitate his escape from what was most certainly an incredibly obnoxious passenger.  And (theoretically) no one greased up the whiteboard for ‘Jenny’ to rat out her boss and company on her way out the door.

Looking at Hurd, Slater, and Jenny, we see respectively scandal, appalling customer service and possible criminal behavior, and public humiliation and insubordination – the kind of behavior that gets conveniently and correctly classified as ‘bridge burning’. It’s behavior so distasteful that not only would there be no possibility of ever returning to their former place of employment in the future, but chance of a positive employment reference, of even a half-baked recommendation on LinkedIn are also out of the question. And it’s exactly what countless career advisors advise against.  Never, ever burn bridges, you may need those contacts in the future.

So since Hurd, Slater, and Jenny did not heed that advice, I suppose they are SOL in terms of future professional opportunities, right? Surely no serious company would touch these three? Maybe not, but I think a savvy and imaginative organization could potentially get a huge bargain in taking a shot at Hurd or Slater, (or one of the thousands of others out there with similar, but lesser known stories).

Let’s review – scandal for some can equal opportunity for others. Access to experienced, motivated talent, with a huge chip on their shoulder, willing to do whatever they can to redeem themselves to their families, in their industry, and to the public could be a winning formula for an organization willing to see beyond the headlines and angry blog posts.

And you know what else? There are thousands of enormously talented folks out there as well, whose names we don’t know, who are not publicly associated with scandal, but who are also super motivated to prove themselves too. Don’t hold their one mistake against them too, even if it didn’t involve jumping off of a plane, or making a funny video that went viral.