If you grew up in the late 70’s/early 80’s, you might have had a neighbor kid who was lucky enough to get one of those really cool and expensive radio controlled cars. Now, slick RC cars are all over, but back then, they were top shelf. My neighbor, Danny, had gotten one, and the thing flat out rocked. He ran around the neighborhood, driving the car from 40 feet away, racing in all directions, jumping curbs, popping wheelies, everything. Ralphie and his desire for a Red Ryder BB Gun? Yep, that was me for the car, including the nerdy glasses. 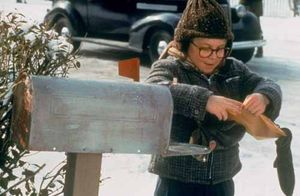 When my birthday came, I was ready to cash in and get the car. The right sized box came from Aunt Barbara. Jackpot, I thought. Instead, I found a remote controller that was connected to a cheap car by a six foot cord. Seriously, have you ever seen one of those? I had asked for a car, and I got one. But come on! A six foot cord? No freedom. No jumping curbs. No 40 foot control of a screaming dune buggy or truck. How cheap was it? I could not even find a picture of one resembling it for this post. For Aunt Barbara though, apparently it was a “good enough” car.

That cheated feeling I had, knowing that my neighbor was rocking a tricked out RC car, and I was stuck chasing an extension cord? It’s the same feeling that your employees have when you let them have a mediocre manager. You just tied a six foot tether to their development. If you give a high performer a good manager, she is like that neighbor kid with the cool car: fast, free and open to explore new areas. Give a good employee an average manager though? She’ll be limited and incredibly jealous of her neighbor who has a good manager.  And you know the average manager I’m talking about… people say he’s “good on the technical side,” or maybe “he’s real steady.” If I heard you were giving me a “steady, technically strong” manager, I would be spiffing up the ol’ LinkedIn profile.

I know, I know, some HR folks are just happy that their managers don’t end up in an online video showing them throwing a cat in a trashcan. But is that the bar we are really going to set? At least your manager doesn’t torture animals! Be thankful! When you have good managers, business results, culture and employee development trend up, while employee relations issues, bad attrition and general workplace BS goes down. Mediocre managers might be safe, but they are closer to bad than good when it comes to getting results.

So, can HR pros make a huge impact by attacking average? I think they should, but it will take some guts from you and your leaders to push the mediocre managers on your team. Some companies are thrilled with average, and it’s hard to drive folks when they are not doing anything necessarily “wrong.” But if you want to make an impact, look for that manager who is just mailing it in, who is doing just enough… and figure out how to help him get better. If you are going to spend time hiring great talent, then avoid letting them wither under “good enough” management. Don’t let your managers be the bad birthday gift from Aunt Barbara.