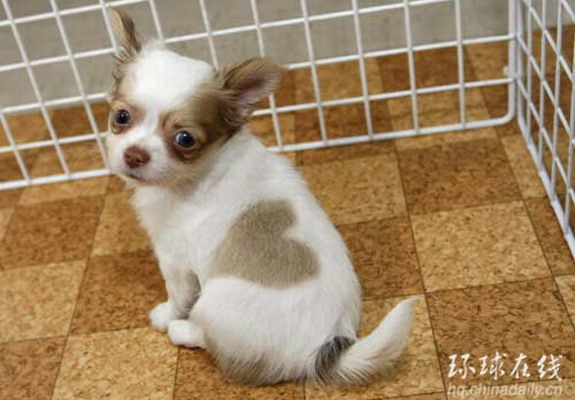 NOTE – Welcome to a new little feature on FOT featuring, well, you. Our friend, William Tincup, a seasoned marketing, branding exec in the talent management space is hopping around the US, talking to every day HR and recruiting folks about life in the trenches whether it’s in a corporate, agency or consulting setting… and not folks trying to hawk their wares on us, but everyday people doing it, and doing it well… and as he shakes all of those grimy HR pros hands out there, kisses their babies, earns their votes… he’ll be sharing with us some of the most interesting guys and gals out there. Starting with this guy, John Nykolaiszyn. Follow, says Tincup. Or else…

In an era where most people hype the positives of social media, John has also seen the ugly side of it. And he’s not afraid to talk about it which makes his story intriguing. I met John Nykolaiszyn recently at the HR Florida conference (the one with the hat… not as crazy as he looks here – promise you). Great handshake, engaging smile, and an industry veteran who did some interesting things in the social recruitment space for a large consumer brand. Solid person, great story… get to know John – he’s one of the good guys.

JWT: What’s the one thing people need to know about you?

JN: Contrary to popular belief, I like being behind the scenes (negotiating, closing, etc.). It can be one of those high pressure places for people, but I love that space. I like being able to influence. It’s diplomacy on a much more intimate scale in the HR space. I mean you’re dealing with people’s careers and livelihood. If you don’t have the upmost respect and empathy for the individual who’s going through a thought process that you’ve initiated, well let’s just say that it can go from sugar to crap in .03 milliseconds.

I also at times make a really bad first impression and spend some time doing penance and playing catch-up. I’m aware of it, but hell, it’s something I keep working on almost daily. Yeah, that was 3 things, so much for only being one.

JWT Editorial: I was particularly drawn to hypocrisy of “bad first impressions” versus folks who play gatekeeper to organizations… which made me think — how prevalent is this within the recruiting/talent acquisition world? Read: Those who can, do. Those who can’t, teach. #justsayin

JWT: Name three people in our industry who have influenced you, and why?

JN: First off is a recruiter trainer named Peter Leffkowitz. He’s the owner/brain of the Morgan Consulting Group. He’s one of those contrarian thinkers who immediately force you out of the comfort zone. There are a whole lot of trainers out there, but I’ve made money with his process.

Secondly… my last director also kicked me out of my comfort zone (in a good way) and forced me out into this space. I respect her on multiple levels and sadly, never had a chance to tell her directly. We’re similar in many ways and in other ways not so much. But she gave me rope and let me do my thing and when I have that, all I can say is watch out!

Finally, I would say that in this emerging community of “Thought Leaders” Kris Dunn and his HR Capitalist Blog really makes me think. There are times I agree with his opinions and times strongly disagree with him, but he forces you to think and I respect that. (Now, he did schedule a call with me months ago and totally blew me off, so I guess this might get me a return phone call now? Maybe? I won’t hold my breath).

JWT Editorial: Note the use of “comfort zone.” Theme?

JWT: Why do you love your job?

JN: I have the opportunity to give back. In my current role it’s to several stakeholders. For example, my alma mater, companies in the local community and to the students. It’s a completely different type of recruiting, but it’s still recruiting and I love it.

I never said this publicly before, but when I was younger, I really thought about becoming a priest. I realized that it wasn’t going to be the right fit for me (the whole celibacy thing, and vows of poverty were a drag) but I wanted to be able to make a difference. That’s why recruiting and its various forms appealed to me. At the end of the deal, placement, or hire, I’ve made a quiet difference to somebody.

JWT: What do you think holds back your profession?

JN: Our reluctance to leverage emerging social technologies with regards to human capital strategies in the private sector… If the nature of the work environment is changing, and the students are learning and practicing differently, we as professionals need to be as proficient as the current graduates. For instance, you can’t tell students or candidates to have a Linkedin profile and not have one yourself. The do as I say, not as I do practice is garbage and it does a disservice to our industry. Also the whole “To Google or not to Google” a candidate to me is another load of garbage. Get counsel from your lawyer and make a decision. Either Google every single candidate or don’t do it at all. Don’t be wishy-washy.

JWT Editorial: At one point we really need to have a serious discussion of how EEOC has been changed forever – in a good way – because of social media / networking. For the vain amongst us Pipl your email address. Scary cool.

JWT: What excites you the most about our industry?

JN: …We’re on the beginning of a boom… the wannabe’s and charlatans are slowly being discovered and forced out of the market. Maybe we’ve reached a tipping point? It’s hard to say but it’s exciting and I think there is opportunity to capitalize and make some money. Besides, I think its fun giving the established peeps a run for their money.

JWT Editorial: Less douchebaggery + daddy gets PAID = John in hog heaven. That should be a tattoo…

JWT: What are your three favorite online sources for industry information?

JN: I love the Smart Briefs on Leadership and Workforce. I enjoy seeing them in my inbox every afternoon. Second, the opinions and perspectives by the team on Fistful of Talent (FOT). Finally, (and I know that Steve Boese thinks I’m a total mark) is the HR Happy Hour. The community that drives the show, on the air and on the twitter stream is easy networking. I mean, you listen, you call, you get involved. How tough is that?

JWT Editorial: The twitterstream for Steve’s show is really awesome. If you can’t attend a show… set some questions to launch at the time of the show… use scheduling technology like Hootsuite and/or TweetDeck, etc. That way your questions can still help stimulate conversation.

JWT: What question should I have asked but didn’t?

JN: Why conform to the status quo? I think that personal and professional success is gained when you go against the status quo? When you challenge conventional thinking and operate in spaces where it’s uncomfortable and unknown, that’s where true innovation and inspiration take place. At the end of the day, what do you want to be remembered for by your friends and family? As someone who always played it safe or as someone who was a free thinking, calculated risk taking individual who cared and tried to make a difference? I want my friends and daughters to remember me for that as opposed to someone who just went “Wherever the Caribbean breeze took him.

JWT Editorial: IMO, the definition of status quo is subjective at best. We all wrestle with evolutionary versus revolutionary changes in our personal and professional lives. It’s funny… the way you talk about status quo conjures up a beast-like image in my mind… something that I want to slay. #stepawayfromthehookah