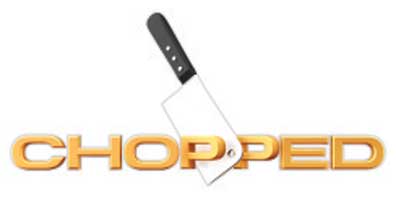 I really hate how most companies do performance reviews.  I  mean hate them like you used to hate eating broccoli when you were a kid kind of hate.  Companies are stuck on the annual review or if you’re really cutting edge the semi annual review (I hope you can tell I’m joking) but either way by the time you actually get any feedback it’s way too late to actually improve anything.  Don’t even get me started on the HR systems which are supposed to automate performance reviews.  I just sat through a week of vendor dog and pony shows demoing their software which was developed back in the early 90s.  They all suck (with the exception of one which was awesome).  There’s my rant on the system but I’m not here to talk about the system today (I will soon as I think my company is on the right path).  Rather, I’m here to tell you how to make your managers better at giving feedback by watching my two favorite reality TV shows – Project Runway and Chopped – in less than 10 minutes.

The Good:  Chopped (watch up until 3:55; email subscribers, click through to watch the video)

Damn, these chefs are good.  It would take me a month to think up and create those dishes.  Impressive.  But what’s more impressive to me is how they gave performance feedback.  Here’s what I saw:

1.  Each chef was given the opportunity up front to explain their dish and their thinking behind it.  Up front, BEFORE getting any feedback.

2.  After the judges have sampled the dish they ask a few probing questions on what the chef did, why they did it giving them further opportunity to explain their creation.

3.  The judges give SPECIFIC feedback on what they liked about the preparation, taste, presentation, etc.  With a few exceptions the feedback is technical in nature without assumptions and judgment.

4.  The judges offer specific suggestions based on their experience on what the chefs could have considered doing differently.

5.  The chefs have the opportunity to respond to the feedback and criticism from the judges.

6.  The chefs have a chance to debrief and reflect on the feedback they just received.

7.  They get to immediately incorporate the new feedback (unless of course they were “chopped”)

That’s it.  If our managers were to follow a similar format I suspect performance and whole bunch of other things would improve.

The Bad:  Project Runway (email subscribers, click through to watch the video)


Insulting, not constructive, making all sorts of assumptions and really not meant to make anyone a better designer.  Now I know this is entertainment and it’s supposed to be a little outrageous.  But, the fact is this is the model that most managers have in their minds when giving feedback!

You want your managers to be better at giving feedback?  Have them all watch Chopped!