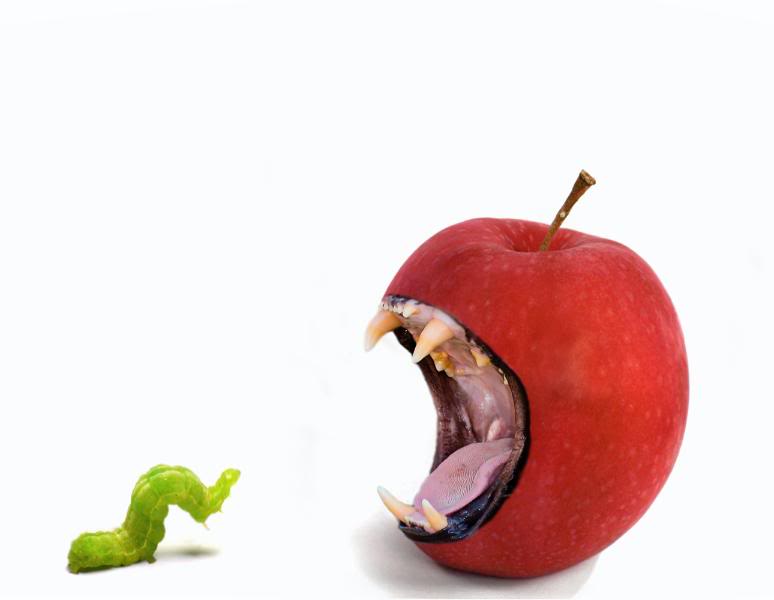 A long, long time ago in a galaxy far away, I worked for a management consulting firm that often encouraged its clients to “cut out the cancer” when suggesting an uncooperative manager be promoted to junior vice president of pencil sharpening.  Although I found their manner of communication, in general, to be a little too “In the Company of Men” for my taste, when it comes to bad apples in the workforce, their cancer analogy couldn’t be closer to the truth.

Whenever I am with a group of entrepreneurs, at least one among us will inevitably have a personnel problem that – to any rational outside observer – is out of control.  Entitled, aggressive, passive aggressive, lazy, confrontational, whatever the characteristics of the employee in question, the entrepreneur almost always seems to be rationalizing about how he will change this wayward employee into a happy, productive team member.

While Stuart SmallBusinessOwner is begging, pleading, groveling and rehabilitating his diamond in the rough, the rest of his team toil away, unnoticed, in the background. To Stuart, it is a case of bringing the team together.  If he can just: strengthen the team through new policies, new initiatives, new meeting rhythms, and pretty much every tactic besides just confronting the actual problem, then not only will he neutralize the bitter employee, but the strength of his team will prevail.  This narrative makes Stuart feel in control, positive and – best of all – allows him to completely avoid conflict.

Much of what is said in business literature supports Stuart’s delusions.  Sadly for Stuart, robust studies show that team has very little to do with business success. My boy, Thomas Thurston,  will happily provide you with a wall of text and citations that show:  avoiding hiring lousy employees and a leader’s willingness to change directions when the shit is hitting the fan are more strongly indicative of long term business success than some vague concept of a “strong team.”

A couple of years ago, This American Life did a very entertaining and informative segment on this bad apple phenonenon (it’s only 13 minutes long and well worth your time to listen):

A bad apple, at least at work, can spoil the whole barrel. And there’s research to prove it. Host Ira Glass talks to Will Felps, a professor at Rotterdam School of Management in the Netherlands, who designed an experiment to see what happens when a bad worker joins a team. Felps divided people into small groups and gave them a task. One member of the group would be an actor, acting either like a jerk, a slacker or a depressive. And within 45 minutes, the rest of the group started behaving like the bad apple.

It took 45 minutes in Felps’ study and probably about the same amount of time in Stuart’s business for the bad apple to spread its cancer to the group.  No amount of team retreats, internet usage policies or Casual Fridays are going to fix things.  Those are, as my erstwhile management consulting brethren would say, “A technical solution to a managerial problem.”

The way I see it (and believe me I learned this the hard way), Stuart has two choices:

This whole process can take about an hour or two for a first go at it and should obviously be revised as you learn more about what your company needs over time.  And if you think that is about an hour too long, then I guess I will see you (and Stuart) when you are spending days cleaning up the wreckage from your lousy hiring decisions.