50 states plus the D.C. – and that means there are a lot of local-level SHRM conferences. Including in Illinois. 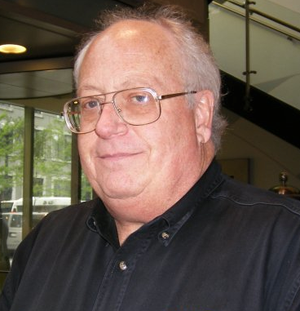 The Twitter hashtag #ILSHRM10 conjures up interesting memories for folks within the HR/HR social media community.  No less than five different blog posts about the conference, one session in particular that inflamed, the speakers, the bloggers… what was said, not said, meant, not meant, etc.  I was NOT in the room but all the hubbub made for great entertainment.  Of course, I was following the hashtag and I wanted to meet someone who was in the room, moreover, someone who I have been following for some time and someone who was a #ILSHRM10 conference organizer.  John Jorgensen (aka JKJHR) is good people… please get to know him and when you do… oh yeah, ask him what he learned from the “event”. Who knew a little 'ole state conference for HR folk could cause such a stir.

JWT: What's the one thing people need to know about you?

JJ: I am loyal to those things and people that mean something to me. That does not mean the “kool-aid” drinking, everything is rosy loyal but the type of loyalty that means if I am committed to or passionate about something or someone, I am committed to making that the best it can be. That also bleeds over to the fact that I cannot say no to those things when asking for time or my efforts.  Loyalty is also important to me in that it is the ultimate level of friendship, commitment, relationship and can be applied to all relationships, personal and professional.  It is something I picked up from my dad.  To him, your word and friendship were golden.

JWT Editorial: I wonder if the assessment world (SHL, PreVisor, Hogan, Pearson, Profiles, etc) has a test for loyalty.  Wouldn’t it be nice to screen out folks who aren’t loyal?

JWT: Name three people in our industry that have influenced you, and why?

JJ: The first would have to be Professor Richard Pegnetter.  He was the head of the IR/HR department at the University of Iowa, College of Business.  He channeled my general interest in business and showed me how IR/HR covers a vast area of business in the discipline of Human Resources.  Along with Dick would be Professors Anthony Sinicropi, Tom Gilroy and Nancy Hausermann who helped develop that interest into a career.

The next would be Mary Lynn Fayoumi, President and CEO of the Management Association of
Illinois.  I have known Mary Lynn since I have started in HR in the Chicago area as she was starting

with MAI about the same time.  She has caused me to think outside of the box and continue to develop my HR skills.  Oh yeah, I have never told her about this, so surprise Mary Lynn.

JWT Editorial: Jackson Pollock (abstract expressionism) learned how NOT to paint from Thomas Hart Benton (regionalist / realist).  We choose to learn (or not) from bad experiences.

JWT:  Why do you love your job?

JJ: I love HR because, in my opinion, it touches all facets of business.  It deals with the most important aspect of all companies, the human asset.  To be an effective HR business partner, you have to understand your business and all the various components to better serve the organization in both a strategic and tactical manner.

JWT Editorial: Why does the table have scratches on it and whaddya mean I can’t get a refund at IKEA… 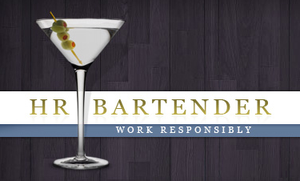 JWT: Name two social media personalities within our industry that you follow, and why?

JJ: Not sure I can limit it to just two, though it would make my Google Reader a whole lot easier to deal with.  The list would have to start with the first two I followed, Laurie Ruettimann at Punk Rock HR (now Cynical Girl) and Sharlyn Lauby at the HR Bartender.  I was introduced to them at SHRM 2009 at a blogger panel and that started me on the path of social media obsession.  Since then, I follow people like (and forgive me if you aren’t mentioned) Ben Eubanks, Mike VanderVort, Trish McFarlane, Steve Boese, the TLNT site, et al.  I love the writing by these and others in that they take me out of my comfort zone and cause me to think of HR and management in a different light and methods.  Asking me to pick just two would be like asking me which of my nieces is my favorite.  Can’t be done.

JWT Editorial: TLNT is doing a great job… I can’t wait until they start having events.  IMO, it would be nice to have a combined ERE/TLNT conference in 2011.

JWT: What do think holds back your profession?

JJ: Reluctance to change and adapt to new thinking.  I think this has been the case during my whole career in HR.  We have been slow to embrace technology, then the internet and now social media, not to mention breaking free from the traditional line of “that’s the way we have always done it”.  Damn, I hate that phrase.

Some of the reluctance is due to the fact that HR is many times the “cop” department and we are so concerned about keeping everyone in line that we are hard pressed to think outside of the box.  Also it may be due to the fact that many times (and this would go to technology as well), HR is almost a reactionary discipline and isn’t encouraged to be on the cutting edge of processes, procedures, etc.  Plus, in many organizations, the leadership does not realize what truly strategic HR can offer and therefore does not supply that department with the freedom or resources to change from their current roles.

JWT: Assuming you attend industry events, what is your favorite event, and why? 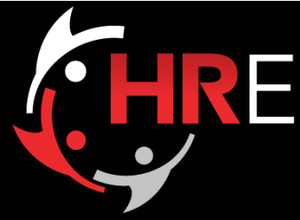 JJ:  In the last couple of years, that would be HRevolution because it was so different and out of the box.  The people I met there were amazing and stimulating, causing me to rethink most of what I thought about HR conferences.  It was one of those times when I walked in the door not knowing anyone, not knowing what to expect and was a blank page waiting to be filled out.  The relationships formed there have developed into great professional relationships and in many cases personal friendships.  The items discussed there were nothing like any of the agendas of the conferences I have attended and organized and gave me a new way to look at what to expect and offer.  Besides, where else can you find bacon caramel corn?

JWT Editorial: It will be interesting to see how “traditional” conferences respond to events like HRevolution.  IMO, to ignore the passion that folks have for these events would be a shame.

JWT: What excites you the most about our industry?

JJ: The fact that it is undergoing some major changes.  Slowly but surely (yes, too slowly for many of us) the HR field is understanding and moving towards being the business partner it needs to be.  For too long, it has been considered a tactical part of all organization, taking care of transactional processes.  I think that the business universe as a whole understands that HR needs to be an essential and transformational agent in the strategic part of the business in order for that business or organization to be successful.  (Put away your HR buzz word bingo cards, I am not saying “seat at the table”.)

JWT Editorial: I’m not sure how the scratches got on the table… come to think of it… prolly was the all night game of quarters… please for the love of all things holy… take back the table… pretty please!!!

JWT: What are your three favorite online sources for industry information?

JJ: SHRM.org for the basics.  It is a great place to get all the ABCs and more of the HR field.  Next would be my Google Reader.  I think I have a great line-up there that gives me a different perspective on all aspects of HR, some good, some outrageous and all of them thought provoking.  Finally, the Blog Talk Radio and Twitter chats gives another source of thought leaders discussing issues that you can’t find in the text books and “main stream” HR news.

JWT Editorial: Which begs the question… do we unfairly judge HR professionals who are NOT current with the news of the industry?  Before you answer… do we judge the sales leader or finance leader or marketing leader for not being current with news in their respective silos?  Prolly not… we just assume they are current.

JWT: In 50 years from now, what's the most significant change that has taken place in our industry, and why?

JJ: The total integration of HR as an essential part of all organizations. (damn, I hope it doesn’t take that long).  Hopefully, HR pros will be looked at as strategic business partners first on transformational issues and then specialists in our fields for transactional processes.

Hopefully, we have evolved beyond most of the transactional burdens that are still part of our profession.  Technology may resolve many of these issues, be it just administration activities within the organization or governmental reporting that exists now or might be considered in the future.  The more of that which can be automated, combined or abolished, the more HR can concentrate on better serving their organizations and add value.

Also, based on the last few years, I can’t imagine what the business systems and technology will even look like.  I just hope whatever is coming doesn’t cost us any of our individuality or personality.  I guess bottom line, I just hope we have learned that change and evolution are natural parts of our industry just like everywhere else.

JWT Editorial: I think HR will always have some tactics… that said, I think the definition of tactics will change over time.

Editor's Note – This is the third in a series of interviews with HR & recruiting folks by William Tincup. Have you ever had the opportunity to meet this man? William? Fascinating guy. The Q&A we'll have to turn around onto him at some point actually. A bit about his story here, on tincup.com. He's also guest starred on an episode of FOTv in the past - probably one of the finest performances we've ever seen on the show. Yep, we're Tincup fanboys and fangirls over here at FOT. No problem admitting that whatsoever.