When HP fired Mark Hurd in August, everyone had an opinion about whether it was a good HR move or not. Late Thursday, HP’s board announced that they had hired Léo Apotheker as Hurd’s replacement to be President and CEO, and early opinions on the wisdom of this choice are not kind. Here is the background: Apotheker worked for 20 years at SAP, “left voluntarily” last year (quotation marks from article) and then HP’s board hired him over front-running internal and external candidates. Almost immediately, Fortune ran an article announcing the decision with a headline calling it a “curious choice.” Here’s a tip to the young talent professionals out there: When Fortune describes a hire you make as “curious,” it’s not a compliment. It translates to, “You better be right.” From Fortune: 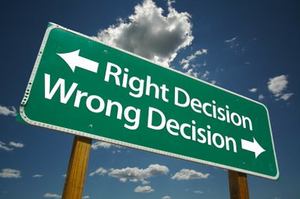 HP’s board of directors could have taken the easy way. It could have named a CEO with a proven track record of growth or innovation. Experience that spanned the bulk of HP’s revenue base would have been a plus too. It could have promoted someone from within. It might have found a young, up-and-coming executive at a major competitor who was chomping at the bit to be a CEO but was blocked by one of the old guys at the top. It could have found someone with a job… It didn’t.

Yikes. HP’s board just went out on a limb with this hire, big time. A few sources in the article called the choice “idiotic” and “astonishing.” The decision makers just hired a guy who “has little that makes him an obvious choice to head what has become the world’s largest technology company by revenue.” I obviously was not in the room, but here’s my take. When you make a call like this, it’s typically for one of a few reasons:

Now, I have no idea if Apotheker is a good choice or not—I am just looking at this deal from the perspective of the talent pro. When you make a high profile hire like this one, you know buzz is coming. When the play is “bizarre,” as Barron’s describes it, you need to expect some questions, and buzz like this does not really set up the person you hired to succeed. That’s very bad news—people-burning-mattresses-while-singing-Rocky Top type of bad news—for whomever led the hiring effort. Bottom line: HP’s board better be right about this hire… or things might get even more “curious.”