I’m on record over at the HR Capitalist as pointing out that the recent 10%, across the board, pay increase for all Google employees means one thing**:

**You’re a lot more like Google than you think. 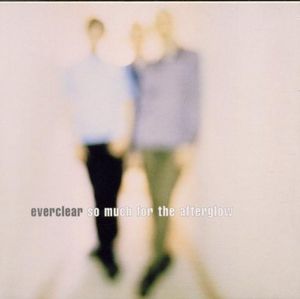 You see, the workplace is a screwed up environment because it’s full of… well, humans.  We humans are programmed to ALWAYS think the grass might be greener on the other side of the trailer park.

All you have to do is look at history, as well as the future, for proof.  When in doubt on either, I usually turn to the Bible and the Matrix (in that order, big G).  The Bible quote is simple, but I’m pedestrian at best, so I’m going to paraphrase.

The People: What’s for lunch today?  Manna AGAIN?  As John McEnroe once said, “You cannot be serious.” We complained, left the flock and you found out that we were left to roam the desert for years.  Bad call.  We knew we were being selfish when we made it, but we made the call anyway. We. are. so. human.

The Future – The Matrix – teaches us the same thing.  Humans won’t accept simply being happy.  Like Art Alexakis once said, “I guess we need the drama“.

The money quote from Agent Smith in the Matrix:

“Did you know that the first Matrix was designed to be a perfect human world? Where none suffered, where everyone would be happy. It was a disaster. No one would accept the program. Entire crops were lost. Some believed we lacked the programming language to describe your perfect world. But I believe that, as a species, human beings define their reality through suffering and misery. The perfect world was a dream that your primitive cerebrum kept trying to wake up from. Which is why the Matrix was redesigned to this: the peak of your civilization. “

Word.  Free backrubs. An on-site spa.  Digital manna. The perfect life with no drama. Across the board increases.

The turnover will continue at Google.  It’s human nature.  We can’t help it.

For every alpha there is an omega.  Yahoo gave rise to Google.  Google gave rise to Facebook.  Some 8th grade girl from India is currently creating the intellectual capital that will power the company that gives Facebook retention issues.

So much for the afterglow…