Hey, don't write yourself off yet
It's only in your head you feel left out or
looked down on.
Just try your best, try everything you can.
And don't you worry what they tell themselves when you're away.

It's me.  Jimmy Eat World used to call me "The Middle".  I'm the collective group of folks that won't allow themselves to be polarized by extreme views.

I like balance.  I'm suspicious of anyone who talks in absolutes.  I'll be polite while you wax poetic, but 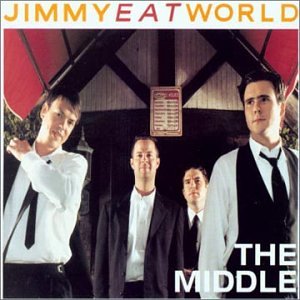 I'm going to crush your plan for world domination when I take action, because I think the world's a lot more complicated than that.  I believe there's a bit of truth in what everyone says, with the secret being patching together the picture from all those views that best represent the truth.

If I see one group gaining two much power, I'm going to start sympathizing with the other side – mainly because of that "the world's complicated and everyone has a piece of the truth" thing.

In other words – I like it when power is balanced and people have to negotiate in good faith to get things done.  I think that's when the best decisions for the pack happen.

True, you could read this post and easily think that I'm referring to last night's mid-term elections, with the Republicans regaining the house and picking up a bunch of Senate seats.

What's good for America is also good for the workplace, but what's good in both cases is unrelated to which side you're on.

It's called diversity of thought, and your leadership team needs more of it.   Surround your CEO with a bunch of yes men and women, and things might work for a year or two, but at some point, the singular point of view will catch up with them.  They'll miss market opportunities and critical decisions based on all the backslapping.

However, plug some dissidents in who oppose the common point of view, and negotiation occurs, which is ultimately good for the decision making that guides your company.

I'll do it to your company too, unless you tolerate and value people who disagree with your view of the world.

That is all.  I now return you to your regularly scheduled program of plotting and scheming.