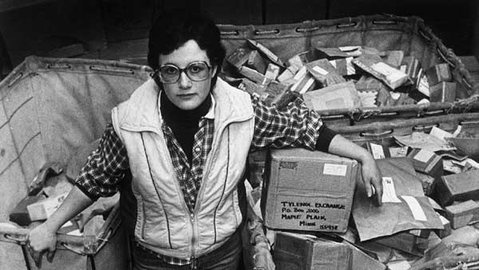 Amazingly… some people actually reach out to us at FOT for advice. So, here’s an issue sent to us by a reader who wanted our collective counsel. Read the scenario – and then hit us in the comments for your take. From the reader:

The Issue: A VP I used to work with at Company A, who followed me to Company B and became my manager, will soon become my manager again at Company C.  I need some advice on how to gauge where I stand with him and whether, based on our history, I should just start looking for work.

Some Background: VP and I worked at Company A, but in different departments.  We had a good working relationship, but no deep ties.  VP briefly became my manager during some reorgs before moving on to another position in Company A.  Three months later, I left Company A for a similar role in Company B.

While I was at Company B, VP called me to say he’d been let go from Company A, so I referred him to our leadership team.  He was hired at Company B in a different department.  After a few months and some reorgs, he became my manager.  All was good until the business went downhill with the economy.  Because of that, he RIF’d me and a few others as the business was winding down.  While I looked for work, he didn’t respond to my calls or emails for networking help.

After a few months being unemployed, I landed a role at Company C.  Company C acquired the remains of Company B.  Some reorgs followed and now VP is going to be my boss again in Company C.  Obviously, I work in a volatile industry and this guy is a survivor.  If I want to survive too, how do I gauge my situation with him and make sure I’m not on his hit list?

Wait – so who’s on first? Did ya follow? Here’s what our crew had to say — 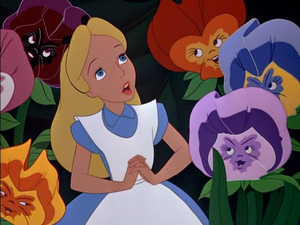 Kris Dunn – First up, there’s nothing in your scenario that suggests he RIFed you the first time around because he didn’t like you.  Sounds like he had some tough choices to make.  BUT… If you were my friend and I was giving you survival advice, I’d give you the following nugget: Don’t be a tourist Alice.  Wait around and ring your hands over this and you get what you get.  Take action to let people know what went down the last time and what your concerns are, and you win.  I’d have a sit down with him and let him know what you’re anxious about. Let him tell you the last RIF had nothing to do with your work – let him tell you it’s all going to be OK.  Before you have that conversation, find a HR pro that supports the client group (manager and up, not a transactional person) and tell them the same thing – you think if push comes to shove, you’re going to be out.  Do the same thing with the person who runs the show above him.  The more people who know that you got RIFed before and he made the call, the less likely they are to allow him to make the same call again.  Bet on that.  Or, you can be a wallflower and see how that works out.  Throw the fastball. You’re welcome.

Josh Letourneau – Your once-again Boss sounds like a textbook a$$hole.  He reached out for your help; you delivered; he got the job.  Then he RIFs you and dodges your fair request for networking help. So, here’s the deal – you know what he’s about… and I doubt he’s brushed up on his “Leadership” 101 skills.

Personally, I believe you have no choice but to avoid him and start investigating new opportunities. Don’t signal anything is wrong; play dumb and bubbly.  Like Sun Tzu says, “Sharpen your swords in silence.”  You’ve nothing to gain by signaling your left blinker, but step on the gas.

Tim Sackett – Hey Job Hopper (I kid) – I try not to buy into conspiracy theories and tend to look at the facts: 1. When VP lost his first job – he called you for help (that says a bunch); 2. VP had to RIF you – it’s business, that happens, not personal; 3. VP wouldn’t help you out after being RIF – many reasons for this, but probably mostly surrounding “Covering their own Ass”.  Sounds like you’re both survivors, I would invite the person to lunch/dinner under the guise of wanting some career advice. VP will probably accept and then you should have this direct conversation.  Most males in executive positions like taking on the mentor role – if you set it up this way, I’m sure you’ll get what you need.

Steve Boese – Dude, you’re already on the hit list. The VP already RIF’ed you once, ignored your requests for help, and now since he is back in a position of power, there is no doubt he’d throw you, his ‘friend’ in front of the train if need be.  How to survive? Find a way to get off of the carousel that keeps putting him right back in crappy situations dealing with execs that it seems have figured out how to play the game just a little better than him. Failing that, go on a preemptive strike, mark your territory, and hope the element of surprise knocks the VP off his game.  And update your LinkedIn profile.

William Tincup – Clear the air regarding your past work experience together.  What did he like from your performance and what should you have changed?  Get clarity!  Specifically, what does he want to see from you now?  Make sure you have a firm grasp of his expectations of you in this role.  Also, ask him how he learns from these twists and turns in the market / his career.  Give him an opportunity to teach you something about office politics.  Lastly, build a plan.  A plan to stay and how you’ll exceed his expectations and a plan to leave – get ready for an exit – your choice or his.  Be prepared.

Marissa Keegan – I’m a fan of building relationships, asking tough questions, and being prepared to hear tough answers. Since you are going to be working with this boss again, and the trend makes it look like you’ll be stuck with him in some capacity for much of your career, it’s important to get into his head.

Invite him to coffee and tell him that you’d like to meet so you can talk about his expectations for you moving forward in this new role. Start off by asking him easy questions – where he sees the department going, how you can help him out. Then get a little deeper and ask him the really hard question. “Based on what you know about me from our previous time working together, what is one change that you’d recommend me making that would make me a better employee moving forward?” It’s scary, so hold your breath, listen to the answer, and don’t debate it. Thank him for his honesty and let him know that you’d love that same kind of feedback moving forward. Sometimes hearing the truth isn’t easy but if we become better at asking for, and receiving, the truth we’ll always know where we stand with our bosses. 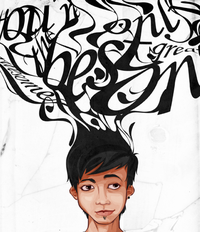 Jessica Lee – With the advantage of seeing everyone’s responses before I started writing up mine, lol… what I’ve concluded is that everyone will read into your situation differently which means there’s pretty much no way for you to know the truth of the matter. You can ask for a sit down, take the boss to coffee, get some clarity, all that feel good stuff… but honestly, you’re never gonna know if he’s telling you the truth. Even if you ask him questions point blank. So, let’s think about this as actually being an issue about you, and not that boss. Can you live with not knowing what the truth is? Can you not let this issue get all wacky in your mind and just focus on the work going forward? Can you not live in fear? The answer is probably no, if you’re writing in to FOT for advice. You’re never gonna know the truth, so you’re never gonna trust him, so… it’s time to move on and start fresh.