R.J. Morris is a staffing/talent acquisition director for McCarthy Building Companies based out of STL. Like many others in the FOT clan, he’s a sports nut who can endlessly draw the parallels between athletes, sports and the talent management game. I know, I know, as if we needed more of that. That aside, he’s got two master’s degrees and more than a dozen years under his belt as an HR practitioner including as an HRD focused on staffing for McCarthy Building Companies, Inc.

See R.J.’s Riffs and Rants on Fistful of Talent by clicking here… and you can talk to R.J. via email, LinkedIn, Twitter…

1.  The elevator just closed and you’ve got 30 seconds to pitch the random reader on who you are and why they should read your rants.  Go..

At FOT, we write about business issues that involve people, so unless you‘re that one HR person in the world who enjoys drafting FMLA administration processes, you’ll like our stuff. We talk about HR, OD, Leadership, Talent Acquisition and more. We highlight what’s good in the world of Talent, and we make fun of bad HR people, bad business leaders and occasionally ourselves…if you can chuckle at yourself and others and learn at the same time, you’ll like our takes.

2.  Now for the mundane – break down your location, title, company/firm and what you do for a living. 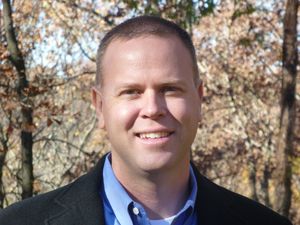 I am the Corporate Director of Staffing at McCarthy Building Companies, Inc., a Top 10 national building company based in St. Louis, Missouri. It’s a cool gig, because I get involved in all areas of developing and implementing talent acquisition strategies in an employee-owned company in a dynamic industry. I work with staffing and HR people who “get it” and who work crazy hard to build the business. I have seven years of background in third party search in addition to the six years leading a corporate recruiting function, so I get both sides. In third party search, I learned that if you recruit the second best candidate, you lose. That lesson has helped me in a corporate role as I serve clients.

3.  One more question that everyone expects. What’s the reason you’re in this game? (why do you do what you do?)

I like being involved and I like knowing that I make a difference—I’m needy that way. There is a rush that comes with helping a business leader solve a problem by finding her the talent that makes her team better. Find the player that is an immediate upgrade to a team, one that will drive innovation and efficiency and you’ll have the team’s gratitude forever. HR and Recruiting pros have a high level of business impact when they deliver, and that’s why I love coming to work.

4.  If you’ve ever been to a professional baseball game, you know batters from the home team get to pick their own theme music as they walk from the dugout to the plate.  If we ever have a FOT convention, what theme music will you come out to to pump the crowd up and why?

5.  Let’s stick with the baseball theme. If you’ve ever been to a pro game, you also know that the visitor doesn’t get to pick their own music.  The home team picks that for them, and it’s usually less than stellar as a means of attempting to crush them.  If you could pick theme music for your arch-rival to walk into a conference room to, what would it be and why?

Barry Manilow, I Write the Songs. If that does not take the fight out of them, I don’t know what would. Brutal, just flat out brutal.

6.  Finish the following sentence – “When I’m interviewing, I can tell within one minute that this thing isn’t going to work out because _________…”

Because the candidate is in love with himself. Confidence and arrogance are two different things, and an interview is not when you should experiment with finding the limits.

7.  Name the actor/actress that will portray you in the movie about you.  Why the heck is that a fit?

John C McGinley, more Dr. Cox from Scrubs than Bob Slydell from Office Space. Solid character actor, tons of roles during his career, and he makes those around him better.

8.  List three of your favorite books to pander to the educated segment of our readership…

9.  List three of your favorite movies to connect with the segment of our readership that doesn’t like to read…

10.  Let’s reach out to what remains of our readership. Who’s your favorite Old-School Rapper and why?

Beastie Boys, “No Sleep to Brooklyn.” Run DMC and The Sugarhill Gang were also popular choices when I was young. For a Midwestern kid living in the suburbs, it’s about as edgy as we got.

﻿﻿My first car was a 1976 maroon Buick station wagon. Yep, it was as awesome as it sounds. Here’s the deal though…it got the job done, and we could pile a bunch of people in that bus to get from one place to another. I learned a car’s a tool, no more, no less, and you should be happy to have one that works. For a kid paying his own way, that family truckster rocked.