At the recent HR Technology Conference, Kris Dunn, Josh Letourneau and HR Ringleader, Trish McFarland got to spend some quality time with the Co-founder and President of The Ladders, Alex Douzet and their VP of Technology, Ofir Shalom (and by quality time I mean a solid 3 hours of non-stop conversation that would absolutely blow your HR mind).   Afterwards, I think the collective HR bunch of us just kind of looked around at each other and said “Wow – that was freaking cool.  When can we do that again?”   I can count on one hand in almost 20 years of being in HR having conversations where when I was done, I looked at the person who carried most of the conversation (at this table, that was Alex) and said to myself – that person is just flat out smarter and better than me, and there’s a reason he’s more successful than me.  Regardless of what you think about The Ladders as a company, and we here at FOT have taken them to task, they have some very smart and passionate people working for them – and they will be successful.  Kris and I broke it down via email – and we thought we’d share with you the chain:

Tim:  K-Nash – It seemed like the conversation heated up most around a new service being offered by The Ladder’s called FitFinder.  Basically, you called it “RPO Light” – an organization can pay The Ladders $15K, and The Ladders has “Talent Specialists” (basically sourcers) who will do 30 searches and guarantee you the client 3-4 qualified resumes in 48 hours.   My initial reaction was – “How the hell! I can’t hire a full time recruiter/sourcer that can make that happen.” What was that name you called the environment of these “Talent Specialists”?

KD:  Timbo Slice – I think I called it “the garment district of the information age”, which I meant as a 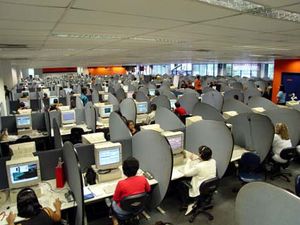 compliment.  Think about it – during the heyday of the garment district in NYC, what did you have?  Workers at sewing machines doing the business of the American economy.  Today, the sewing machines are gone – in their place are information workers, and instead of being chained to a sewing machine, they’re hanging out in pods of cubes training to find you the best talent.  Never been to The Ladders, but I’ve been to information companies that hire a lot of smart kids out of college, and that’s what it is visually.  BTW, anyone who complains is missing the point – those kids are getting about 10-15 year of experience in 2 years.  I’d send one of my sons to the Ladders camp any day.  You hear me, Alex Douzet?  Get ready to hire my kid, because Dunns come ready to compete.  In fact, he’s 10, and I’m sending him to you next summer.  Enjoy.

Tim: Spartan Dad – I think we started at “Sweat-Shop” and finally ended on “garment district of the information age” – Tomato – Potato – who’s keeping track.  I get the advantage for these young professionals – good for them – my concern is more for those lifer-professional recruiters out there – are they ready for this shift in the market?  We are an Instant Gratification society, and that is most prevalent when it comes to recruiting – agency or corporate.  The “true” recruiting pro will have a hard time selling their “full-service” model going against what The Ladders has created.  The question remains, what impact could this design have on RPO and Staffing firms?

KD: Tim, I’m not ready to give up on the traditional recruiter just yet.  Oddly enough, I think The Ladders created Fit Finder because even with the access to that great database, clients are and were too busy to do the searches on their own, and also to take the time to learn how to get the best results. So, the Ladders did what good business people do – they created a product to fill the gap.  Also, keep in mind that while The Ladders has a great database, it only works for six figure jobs.  Still lots of work to do outside of that realm.  Also, they’re specialists related to career level, and I think if the recruiting model has evolved, it’s the rise of the specialist – make that the deep, deep specialist – someone like Harry Joiner – who’s going to thrive and is at no risk from the Ladders model if they’re good at what they do.

Tim: Kris, you’re probably right (like Mrs. Capitalist, I won’t say you’re all the way right), maybe a little too early to panic, but you know I hate it when outsiders come sticking their noses around my neighborhood.  I do like the “Fit Finder” concept The Ladders created, and I was impressed at the level of recruiter they were able to deliver as it related to mining their own database, getting better results than professional recruiters who were paying for the database themselves.  From a corporate standpoint, if I was looking to hire a good number of six figure level jobs, it’s definitely a tool I would have to check out.  Especially, if I was short on recruiting staff or talent – excellent way to augment.   I also believe this is probably just one step up the ladder to what Alex and The Ladders have in store – again – smart group working behind the scenes over there – probably not a company anyone should discount in being able to deliver great results.