Colonel Rhumbus, a  recruiter from an unnamed US Intelligence Agency is interviewing and reviewing the credentials of an Austin Millbarge, a young man set to graduate from Columbia in May, for a top-secret position as an intelligence analyst. 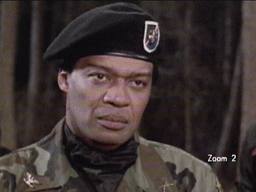 Colonel Rhumbus – So young man, let’s take a look at your qualifications, BS from Penn, Grad degree from Columbia School of International and Public Affairs, (hey I went there as well, ‘wink wink’), letters of recommendation from Dean Wormer and Undersecretary Fitz-Hume, yes, I’d say your file all seems in order. I must say this is quite an impressive application.

Austin Millbarge – That is fantastic. I am really excited to have this opportunity.  It has been a dream of mine to serve my country.

Rhumbus – Superb. We are pleased to offer you this opportunity, after all, the last few years have been a bit challenging to find the right candidates with the perfect mix of education and desire to make a difference for the country.  All that is left to do is a simple background check and we will be able to extend an offer by the end of the week.

Millbarge – Background check? That should not be a problem, I have never been arrested, never had a speeding ticket, heck – I don’t even have any cavities.

Rhumbus – Great, we’ll check the FBI, Interpol, the DMV, and of course a quick scan of your online presence, you know, LinkedIn, Facebook, that kind of thing.

Millbarge – Facebook? Millbarge pauses while his mind races through four years of wall posts, tagged pictures, and Farmville games.  No, nothing bad there.  I mean I have not been all that honest with my relationship status updates, but who has?  I mean, aren’t relationships all complicated?  I think I am in good shape.

Well that should be just fine, I have always maintained a professional image on social networking sites.  In fact, most of my postings are government and intelligence related, since those topics really consume and define me as a person.

Rhumbus – Really?  Interesting.  Usually we only worry about pictures of candidates at college parties, doing keg stands, that kind of thing.  And even then, we usually just require they take them down, or at least make them not visible to the public. What kinds of government and intelligence related postings do you make?

Millbarge – Links to interesting articles in the major papers, foreign affairs op-eds, that kind of thing. When the WikiLeaks thing went down last week and the site was crashed I found a link to a mirror site out of Poland that an old roommate from Penn sent to me, I posted that link on the private Facebook group of Columbia SIPA folks I am friends with.

Rhumbus – Momentarily stunned.  You did what?

Millbarge – I posted a link to the WIkiLeaks mirror site. You know, so that we could continue to see what all the fuss was about.  I mean there was some crazy stuff there.

Rhumbus – You know Mr. Millbarge, that the information posted on that site is still considered classified by the United States government, and was illegally obtained and distributed.  The content of many of those cables can and will likely jeopardize the identity and safety of many brave men and women that I consider friends and colleagues. Posting that kind of content on Facebook tells me that you might not be the kind of person that we should trust in a position of high importance and with access to and responsibility for safeguarding classified materials.

Millbarge – Uh… Uh… What I mean is, I mean, what I meant was there might be a picture or two of me passed out after a Halloween party at the Delta Chi house. Ha ha, no harm really, right?

Rhumbus – Standing up.  Good day, Mr. Millbarge.  I think I have heard enough. We will be in touch.

Here’s the thing – after the WikiLeaks scandal broke, an official at the State Department, someone like our fictional Colonel Rhumbus, contacted the Career Services office at the Columbia School of International and Public Affairs warning students that discussing WikiLeaks would be considered inappropriate, and could endanger their future employment prospects.

The notion being that the kind of candidate that would not see a problem posting about or discussing WikiLeaks on Facebook or Twitter, would ‘call into question their ability to deal with confidential information which is part of most positions with the federal government.’

Good advice I think from the State Department official. But I also wonder if you were in recruiting at the State Department, and you had to be damn sure you made the right call about the trustworthiness and character of the people you will hire for really sensitive positions, would it make sense to warn or coach these candidates about what not to do on Facebook?  Wouldn’t you want to know, if given a length of rope and access to a tall tree, if in fact, the candidate would indeed hang himself?

Isn’t getting it right the most important thing?