It’s a cold Monday morning as Suzy sips her first cup of coffee for the day and reflects on her surprise when Bob turned in his notice last Friday. Being that Bob had been around for 5 years, Suzy asked herself what led him to start thinking about outside opportunities.  Further, who would really be so interested in Bob in the first place?  His performance ratings were barely middle of the road, he didn’t graduate from a Top-25 Business School, and was consistently passed over for the Leadership Development Program.  He definitely wasn’t tearing up the racetrack, by any means. “No big deal”, Suzy tells herself.  And sure, she understands she could have kept Bob around through Christmas, but why bother?  It’s not like she wanted word getting around, so when she asked him to pack up his things and leave the building before lunch, she was just looking out for the best of the firm. 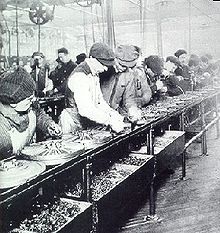 To Suzy, her thinking is perfectly logical.

Our industry has taught her to see Recruiting, and the broader issue of Talent Management, as a “Supply-Chain.”  She’s attended several industry conferences over the last 18 months that were dominated by this kind of linear thinking.  She endured hours of training on linear concepts like Lean, Six-Sigma, and Total Quality Management.  Further, she’s a big believer in ever-traditional practices such as the 9-Box and Performance Ratings.

Yep, Suzy has it all figured out. Except she really doesn’t.  Her phone begins to ring as Employee after Employee, Partner after Partner, Customer after Customer, call with the question, “What happened with Bob?”  Suzy asks how this could be possible.  She goes back and reviews everything she can on him in the Talent Management system – again, no big deal.  Bob was a middle-of-the-road Guy.  So why all the concern?

To Suzy, Bob is replaceable like a peg in a car while playing the game of Life.  Words like ‘automate‘, ‘process‘, ‘controls‘, ‘waste‘, ‘re-engineer‘, etc. tell her that her company is a huge assembly line in a broader Supply-Chain.  In her mind, the Ghosts of Henry Ford and Frederick Taylor collide with visions of the Industrial Revolution, giving her confidence that all she has to do is hire someone and pop them in Bob’s vacated role.  Simple.  Easy.  Linear.  The faster she can put a name in the (now) blank box on the OrgChart, the better . . .

The truth is though that Suzy doesn’t really get it.  Her organization is dependent on tacit knowledge transfer and doesn’t manufacture anything, yet she slogs along with ideas that barely worked during our period of rapid industrialization.  While she likes to call herself an “outside the box” thinker, the truth is that her way of looking at the world is the “box” itself.  Her straight-line, point-A to point-B, Supply-Chain thinking keeps her in the dark.  To Suzy, Bob was just a single producer… and the Human-Capital lens she sees through focus only on what Bob’s past performance ratings were, along with what his past Managers considered to be his potential moving forward. 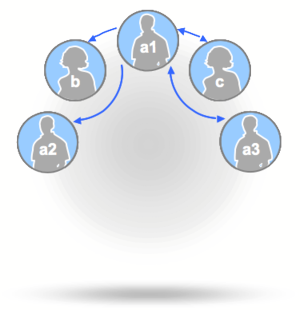 She doesn’t ask herself about the nature of Bob’s connections, such as who he interacted with, and why.  Did he participate in discussions about new products and innovation?  Was he involved in client-facing activities?  Did others rely on him to help solve Customer challenges?  Who did Bob go to lunch with and socially connect with?  After all, it’s these connections, relationships, and interactions that truly create value… but until Suzy wakes up and sees that the Human-Capital box is not only holding her back, but also her Organization and its ability to deliver on its value proposition, she’ll continue to live on in her monochrome world of seeing only 10% of the big picture.

Suzy couldn’t rationalize that losing Bob was more than just losing Bob – also lost are all Bob’s relationships and connections within the overlapping and simultaneous array of networks that define how business gets done.   The Human-Capital lens says Bob was just a guy, a peg in the OrgChart . . . while the Social-Capital lens says you just lost more than Bob, you also lost his 17 relationships and ties within the firm.

As we move into 2011, the biggest leap we can make as an industry is to start thinking less about what’s within individuals (i.e. “Talent”) and more about what’s between them (i.e. “Connections”, “Interactions”, etc.).  After all, ‘between‘ is what Social is really all about.  If you respect Human-Capital thinking, but are open to the notion that Networks (Social-Capital), or the way we connect and interact, are where value truly unlocks, you might just be surprised at what you’ll start seeing.  Will you join me?