A few months ago when I posted on Reality TV and Performance Feedback I thought for sure that would be the first and last time that I posted anything relating to realty TV. But as it turns out, there's just way too much material to pass up and I want to thank Bristol Palin and her performance on Dancing With The Stars for this reminder.  Believe it or not I'm not going to trash her or her mother (and trust me this takes a fair amount of restraint as a card carrying liberal from Cambridge, MA).  We'll save that for another post.  Instead I'm going to thank Bristol for highlighting the value of 1:1 performance coaching and for reinforcing my view that 360 feedback should NEVER be part of pay for performance plans. 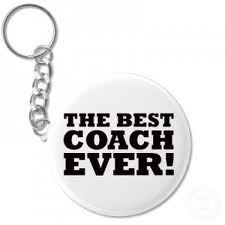 Okay, let's just be honest here – the first few weeks of the competition she was horrible. Like close your eyes I'm embarrassed to watch you horrible.  In her defense, here was a woman who literally had no performance experience competing against folks, while not all dancers, who certainly have performed before. She should have given up or been voted off earlier than the finals (we'll get to that point in a minute) but you know what?  She actually improved. Quite a bit in fact.  Why?  She had two things that we as HR Pros should take note of:

The desire and motivation to improve.  Love her or hate her, she had both and I would argue that most people in our organizations are motivated to improve.  I mean who really wants to fail?  Where we as HR Pros fail though is not being able to recognize this desire and motivation and actually help someone get better. Why?  Because we're conditioned to "manage performance" which often means writing something down so we have the documentation to fire you when you inevitably fail again.  Pretty motivating isn't it?

Which leads me to the second mistake.  We don't take the time to actually coach someone through, step by step, what they have to do to get better and let them practice.  Practice – which means making mistakes and learning from them.  This takes time and a tremendous amount of patience.  No, she wasn't the best dancer but I'd argue she showed the most improvement of anyone on the show.  And If I could hire her instructor Mark Ballas tomorrow, I would.

All the flap over Palin reaching the finals convinced me once again that 360 feedback linked to rewards or pay is doomed to fail.  I wish it worked but it just doesn't.  Case in point:  while much improved, Palin was still nowhere near being one of the top performers on the show.  However, the fan voting, a form of 360 feedback, propelled her to the finals.  Bias, lack of understanding of the task being performed and someone just wanting to stick it to ya' are all reasons why 360 feedback fails.  Or in this case, having a famous mother.  And, of course, linking 360 feedback to pay makes it all worse and you run the risk of undermining the credibility of the whole system.  Now, when it comes to 360 feedback used as a tool for coaching, I'm a huge fan.  At least in the case of coaching, you probably asked for the feedback, and since there's no incentive other than to get better, you're likley to get the honest truth.

So, the next time you're thinking of rolling out a new HR initiative scroll through the reality TV options – you're likley to see if your idea will actually work!

Editor's Note – Andy Porter is a VP of HR/OD with Merrimack Pharmaceuticals. Some days, he indeed does wear short shorts around the office (call it a morale booster). Other days, he spits some mad game on cheese. No really – he's somewhat of a cheese aficionado. But more importantly? He's changing how his company approaches people management and performance management. Just ask him what happened to Merrimack's annual performance reviews.