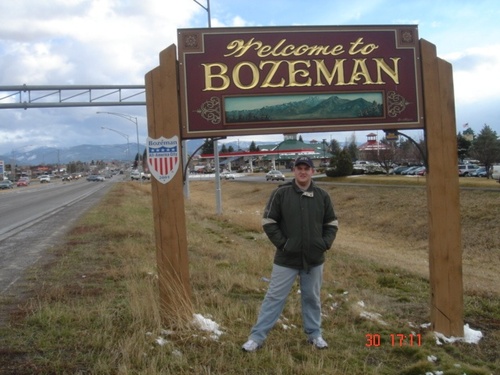 We take a break from our normally scheduled programming here at Fistful of Talent to make a public service announcement of sorts.

You see, the fine city of Bozeman, Montana needs a new Director of Human Resources. And we think they need some help filling the position.

Full details of the position can be found here.

Why take a break from the normal insightful analysis on all things talent, commentary on the important workplace issues of the day, all accompanied by the occasional dose of snark?

Because the good employees and residents of the City of Bozeman need a new Director of HR, and they seem to be having a hard time finding the right candidate. Just this week, an unnamed candidate in the ‘final interview’ stage abruptly withdrew from consideration, leaving City Manager Chris Kukulski with no choice but to re-open the search. Making the situation more pressing and potentially awkward is that the current ‘acting’ Director of Human Resources, is the former actual Director, who was demoted and disciplined in 2009 for enforcing some, shall we say, unusual hiring practices.

How unusual you may be asking?

If Human Resources and Bozeman, Montana seem somehow familiar to you, it is likely from a vague recollection of this story from 2009:

Quick refresher on the story – back in 2009, someone in the City of Bozeman administration decided it would be a good idea to vet prospective job candidates on various social networks.  Rather than do the honorable thing and try to dig up the dirt secretly, Bozeman decided to compel candidates to divulge their actual login/password information for sites like Facebook, YouTube, and mySpace as part of the background check process. I guess the idea was while HR was vetting the candidate, they could also play a bit of Farmville and leave some indecipherable comments on the latest Lady Gaga video on YouTube.

Once the story of Bozeman’s unique application requirement got widespread coverage and derision, the city quickly reversed course, discontinued the requirement, and mostly, the entire unfortunate practice faded into memory.

In the summer of 2010, Bozeman HR Director Pattie Berg, one of the employees who had been disciplined for enforcing the ‘Facebook policy’ announced she would step down as Director. Fast forward to today, where Berg is still serving as ‘acting’ Director, Bozeman appears to have whiffed on their top candidate, and the city is now faced with dropping another $3,000 (on top of $7,000 already spent) to a ‘headhunter company’ to rustle up some more candidates, (according to the Bozeman Daily Chronicle).

So, here at Fistful of Talent we feel obligated, nay, compelled to help the City of Bozeman find the right candidate for its Director of Human Resources opening.  Why should a talented HR pro chase this position?  Good pay (around $80 – $85K), the chance to live in a city frequently mentioned in ‘Best Places to Live’ lists, and a history of, shall we say, less than progressive approaches to HR and Recruiting that will make whatever improvements you recommend and implement seem like the most enlightened and cutting-edge strategies anyone has even seen.

Negatives about the job?  The former director plans to stay on, take a pay cut, and possibly make your life miserable; Google searches for Bozeman Jobs will likely keep dredging up the Facebook story pretty much forever, and well, Montana is not exactly the cultural capital of the west.

I don’t know if Bozeman is offering a relocation package for the gig, but what the heck, pack up a U-Haul and see a part of the country you may have missed.

So, here is your challenge loyal FOT readers – share the information about this position, post the link to your Facebook and LinkedIn status, tweet out the details to your empire, and let’s find Bozeman, Montana a new Director of Human Resources.

Oh, and if you apply, be sure to respond to the ‘How did you hear about this job’ question by answering ‘Fistful of Talent’; we may be able to get a cut of the headhunter fee.