“We don’t accept applications.  Only commitments.”

Some messages are profound in their simplicity, leaving a clear and distinct impression. Some messages burn into our pysche and kindle our desire to be truly special. Some messages are so different, so unique, so non status-quo, that they lead us to take action. The above is a perfect example.

So whose recruitment advertising campaign is that? Simple – the U.S. Marines. It’s the new Marine Corps stance on those who want to join the ranks. If you’re not ready to lay it all on the line to earn the title, “Marine”, find your way to the door and don’t let it hit you in the rear-end on your way out. Oh, and feel free to go grab your third Cinnabon this morning – at least you’ll be aptly fueled up for the XBox “Call of Duty” marathon you have planned for the rest of the day in your Mom’s basement. 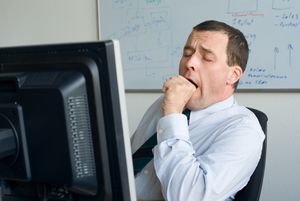 Consider how different the Marines recruiting stance is from what we see in Corporate America itself. Most white-bread job advertisements typically start out with a line like, “Widgets Maker Unlimited is a global organization with 100k employees working in 150 offices around the world.” Unless you’re manufacturing sleeping pills, giving someone a first-class ticket to La La Land with the first line of the JD isn’t such a great idea. Newsflash: 9 out of 10 Super Candidates could care less about that stuff – they want to know what kinds of exciting projects they’ll be working on… and yeah, they want a challenge.

Further, consider the Marine Corps stance compared to that of the other U.S. Armed Services. Walk into the other Recruiting Offices and you’re sold on things like college tuition reimbursement, technical training, and a “chance to see the world.” The positive of that is that they’re at least attempting to sell you on what they believe to be your motivations to enlist in the first place. This strategy sure beats the Corporate America rope-a-dope, lullaby-baby strategy we mentioned above.

The Marine Corps recruiting message resonates because so many of us are looking to make commitments in our lives … they just have to be the right commitments. So what makes a commitment “right”?  Only when we know, without a doubt, that those we’re commiting to are also commiting to us as well. When you walk into a Marine Recruiting Office, it doesn’t take long to realize that if you’re willing to give 110% to earn your way into the brotherhood, everyone around you will give that 110% right back. At the end of the day, this means so much more than benefits, bonuses, and cliche’ pats on the back.

So what makes the line, “We don’t take applications, only commitments” so profound in terms of an approach? Simple, it shifts the entire recruiting equation. You’re no longer the one doing the selling… instead, you’re now the one being sold. When you can achieve this end, you’ve passed the ultimate Employer-Branding acid-test.