Here’s a question for you – is there anything that job seekers should ever have to pay for?

Resume writing services. Okay. Career coaching. Sure. But anything else? 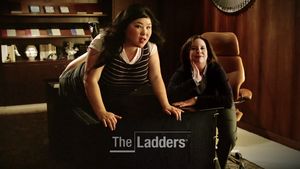 Last week, I spent some time in NYC with the people of The Ladders for their first ever Position Accomplished Summit. First and foremost, know that I attended this little event from a skeptic’s perspective. I don’t know how I feel about their biz model and I’ve been plenty irritated by them in the past. I have not received positive outcomes from having my company’s jobs listed on their site. And, I’ve had non-$100K+ jobs pulled onto their site. But I do have respect for their marketing and technology chops. So after the event, I left wondering if I would even write about the experience and their services as I’m honestly still unsure of them and have more questions than answers.

And question number one that I’m stuck on is simply this – is it culturally acceptable, today at least, to charge the job seeker for much of anything?

One of the criticisms of The Ladders is simply that they charge job seekers for access to $100K+ jobs, not all of which are employer verified as truly being $100K+. Unless it’s a position that an employer has actually posted on the site, they don’t know for sure that the role pays $100K+. They do however assert that two sets of eyes at The Ladders review all scraped job postings on the site against specific criteria and benchmarked data to validate that they are likely $100K+ jobs. But again, there’s no way to know for sure whether any positions are $100K+ unless an employer actually is the one to post the job. That issue aside, the jobs being both scraped then posted by The Ladders and posted by employers on their site are not necessarily exclusive. They are likely advertised elsewhere – from corporate websites to other job boards or aggregators – so job seekers could conceivably access these opportunities elsewhere for free. But it does remain a single place where the $100K+ job seeker could go, on a subscription basis, to see a collection of perceived and confirmed $100K+ jobs

It’s a different business model. It’s something we’re not used to. Traditionally, anyone involved in the job search business has always charged the employer. Headhunters charge employers to surface them candidates. Job boards and newspapers charge employers to broadcast their job opportunities. So today, job seekers don’t pay for much of anything. It’s a buyer’s market even despite unemployment numbers. It’s also uncommon that for a marketplace of “goods” so to speak, both the buyer and seller are positioned as “consumers” of a shared service, with both charged a fee for service. In other words… it’s not as if eBay, another marketplace, charges both buyers and sellers fees. In the current eBay model, only the seller who presumably is the one making a profit off of the sale, pays any fees to eBay. The buyer doesn’t pay to get access to goods via eBay. Yet on The Ladders, the “buyer” and “seller” both pay.

So I wonder… what do we make of a model where the job seeker also has to pay? Or is there a threshold on the dollar amount charged to job seekers for something like The Ladders? Or could it be that it’s perfectly fine for a job seeker to pay? So long as the job seeker, as the consumer, demands and receives a certain level of service or a guarantee of sorts? Or maybe Capitalism rules all and if The Ladders wants to charge employers and job seekers both because they can and because someone out there perceives a value for what they provide, they will continue to do so. And perhaps in the future, we’ll see others follow suit. I dunno. I’m thinking about this one though. And either way you come down on the discussion, it’s an interesting issue to deconstruct so at least we can thank The Ladders for disrupting things a bit… for a different business model, and for those crazy commercials too.