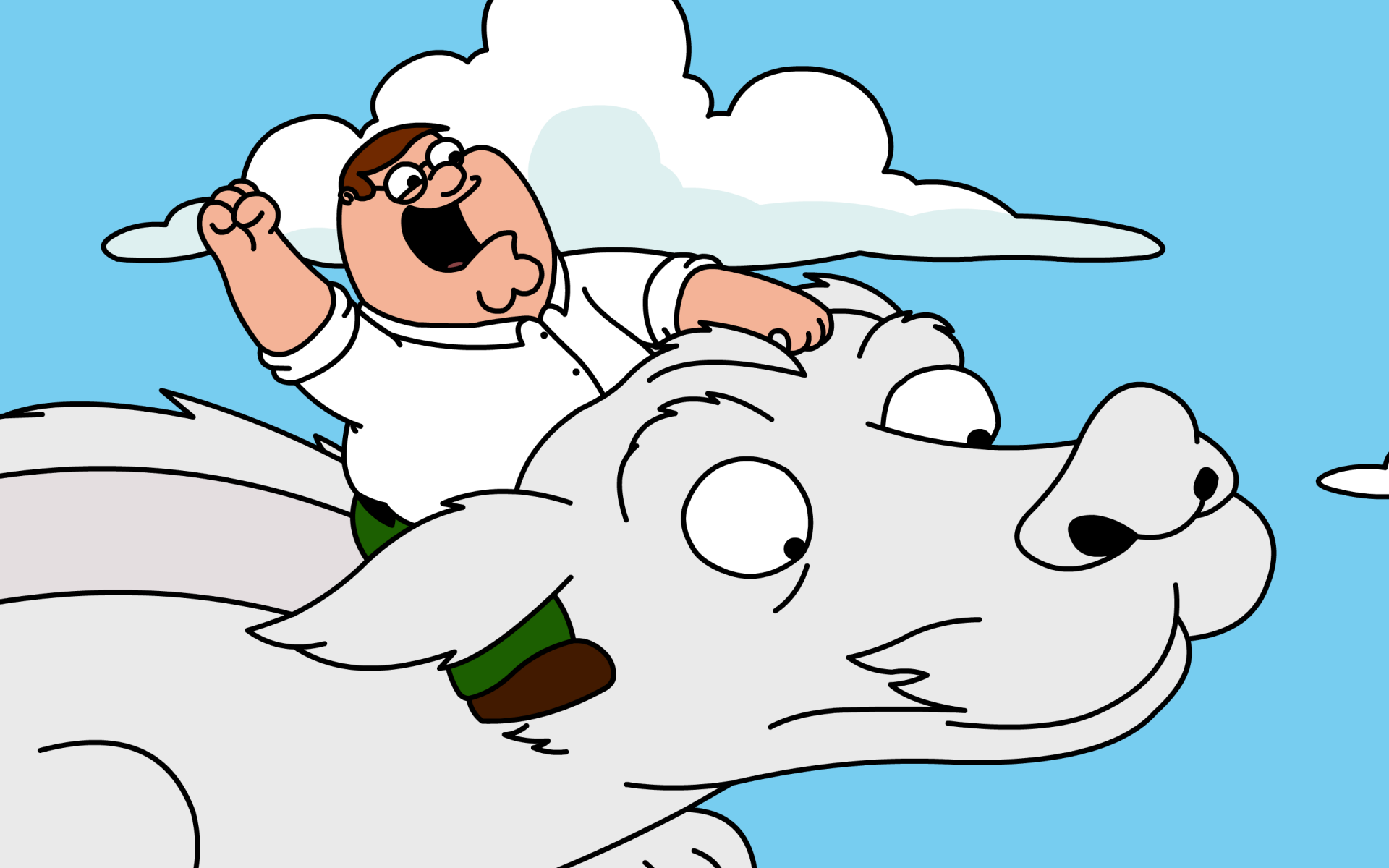 I’ve been following Joni for what seems like years. Twitter has an equivalent to dog years, right?  If 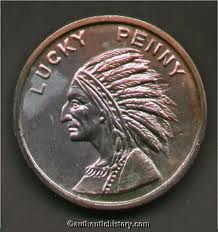 not, I suggest we use 10 years of real life to every year on/using Twitter. That will keep the math simple for us liberal arts folks. Joni and I met in person last year and she asked me to speak, Ignite-style, at one of her conferences. I completely bombed… sucked the air out of the room, bombed. That said, we’re still friends and Joni manages a phenomenal HR software firm, People Report, and is a huge advocate for HR professionals. Get to know Joni Doolin, @luckypenny via The Twitter.

JWT: What’s the one thing people need to know about you?

JTD: Two things. My career odyssey has included operations, recruitment, training, OD, and labor relations – but it has been a very long time since I thought about myself as an HR pro. So I have a ton of respect for the folks who write and read this blog who really are HR pros – it’s a little intimidating to be here.

Second… we founded People Report to serve as a catalyst for companies who really do care about the elusive and frequently mysterious intersection of people and profits; especially businesses who employ thousands of entry level and management workers. We really believe that companies of any size can actually thrive – not at the expense of – but because of the way they treat their workforce; in fact, we can prove it. One of the first traits I observe in executives is how they treat their receptionist, waiter, or front desk clerk – it is almost always directly correlated to how much they really believe in the service profit chain.

JWT Editorial: I need to treat receptionists better. I’m nice but I have a problem with sincerity so my niceness comes across parental like. Not good… need to work on that in 2011.

JWT: Name three people in our industry that have influenced you, and why?

JTD: There are literally hundreds of people who have been my teachers at some point – but it seems as though the individuals who are there at the crossroads, you remember as the “Big” influencers…

Early in my HR career I had the fortune to meet Chere Nabor who opened my eyes to the fact that the HR function could and should be integral to running a business. My first day with her she was taking weekly calls from line staff to consult on staffing, performance management, succession etc. – along with putting out the usual employee relations fires. One of the hot shots called in and loudly announced on speaker phone, “Chere baby! What’s happening…?” She took him off speaker, spoke in a voice that I could barely hear and responded, “I am not your baby, but I am happy to talk to you today about what we can do to help you run your business…”  Wow – female HR manager establishes credibility, takes no bullshit, stays professional, and did in fact find ways to add lots of value to that manager’s business – life changing. Today she is at W.W. Grainger as their Chief Diversity Officer, magnificent as ever.

My husband, Wally Doolin, was the inspiration to start People Report – he is and was a data hound, running a big company at the time, frustrated with the lack of intel on the people side of the P&L. That was about the same time that I had become completely frustrated with the HR function in the chain restaurant world – nothing had changed for years – it was an industry that accepted insane rates of turnover of employees and managers – and that fact somehow got chocked up to the cost of doing business. We staffed the same way, trained the same way, gave the same ineffective 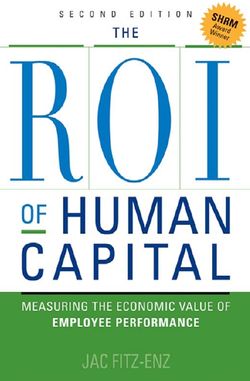 performance reviews, etc. etc. We also had very few true metrics, and none that we could benchmark competitively. The option was find a way to make it better or get out… with Wally’s encouragement I picked Door #1.

Obviously you can’t run a company that has the word “benchmark” anywhere in the About Us section, and not know about Dr. Jac Fitz-enz; founder of the Saratoga Institute, father of HCM. I just never expected to meet him – much less have him become a mentor, inspiration and the rock that I would need to keep People Report growing and transforming with the market place. I can still remember explaining to my Dad, why the email from Jac that said, “Don’t let the bastards get you down – you’re already winning,” was so special to me. Today I am thrilled to share here, that Dr. Jac has joined the board of People Report and our sister company Black Box Intelligence. Somebody pinch me.

JWT Editorial: Your story about Chere makes me want to meet her. I wish we were all a bit more candid in regards to what happens day-to-day in HR. In particular I’m talking about the inappropriate stories and/or behaviors that we have to correct. That would make for a nice anonymous blog… “Yes that really happened in HR.”

JWT: Why do you love your job?

JTD: I believe that we are all living and working in an unprecedented time of meta-shift. So the options are 1) hide under the covers for another year or so, 2) work on the “basics” and 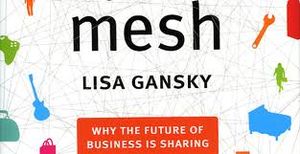 incremental changes of systems and processes designed for the industrial age, OR 3) we can get really busy challenging the status quo, embracing the opportunities being created by the social web, technology and the Mesh economy. While I frequently advocate blowing up command and control hierarchies, great HR can’t just moan about what doesn’t work; we have to lead, which takes courage and relentless pursuit of the solutions that can succeed in our companies.

JWT Editorial: Interesting… your meta-shift comment hit me. I concur with your analysis and I also think that the economic situation that we have all been (are going) through has impacted our ability to cope with change. It seems like the only constant in our lives… is change. And, some folks are built for change and others are not.

JWT: Name two social media personalities within our industry that you follow, and why? 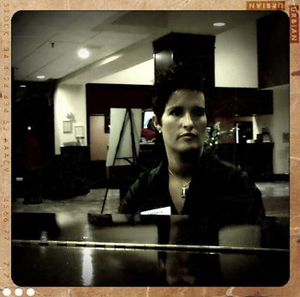 JTD:  I was led to the wonderful world of social media by Amanda Hite and the crew at Talent Revolution. In 2008, People Report was going through some organizational changes, the economy was headed to hell, travel and conferences were being canceled, it was hard to find meaningful connections. The tribe that Amanda created on twitter was a gift to a lot of us – and was a wonderful way to tap into the HR community that I have come to respect and appreciate… including Mike VanDerVort – tweeter, blogger, go to labor relations expert, HR savant and great human being. Mike is one of the most genuinely caring, helpful, and knowledgeable HR execs around – and I would probably have never met him except for the grace of social media.

JWT Editorial: It’s funny… both of those folks have infectious – read: super positive – personalities.   It’s hard to be around them and NOT be inspired.  Follow @sexythinker and @MikeVanDervort on Twitter.

JWT: What do think holds back your profession?

JTD: Lack of vision, lack of general business acumen, and fear of technology would top my list of obstacles for HR execs. The speed of change in business is crushing, and no organization has the luxury of a department that is functionally exclusive; that’s a quick route to being out-sourced. The best HR execs that I work with are constantly finding ways to add value to the whole business – and are relentlessly focused on making the connection between the workplace and the marketplace.

JWT Editorial: That parallels my experience in talking with HR leaders on DriveThruHR. Recently, Jason Lauritsen talked about how his background in sales gave him the ability to persuade and influence decision making. I’m really starting to wonder more and more about HR being cross trained in other departments / roles as a way of attaining this “business” knowledge.

JWT: Assuming you attend industry events, what is your favorite event, and why?

JTD: I love our two conferences, even though they almost kill us every time we produce one.  Summer Camp, our June workforce symposium launched last year, was a phenomenal experience for us, because we were able to engage so many HR generalists from all industries, as well as so many of the social media rockstars like Jenny DeVaughn, Jessica Miller-Merrell, Craig Fisher and Bryan Wempen.  They were able to offer a whole new window into HR for our People Report members beyond more traditional events.

I am also a religious follower of conference hashtags on twitter, and have learned a ton in the last couple years following HREvolution, HR Happy Hour, HRTechnology, Voice of HR and many others.  For those who are still fighting budget wars it is a great way to keep that lifelong learning muscle engaged.

JWT Editorial: It’s funny… following a conference hashtag is good but being in person is great. Conceptually I think of this like the TED experience… TED, the show of all shows… if you can score a ticket is, from what I have heard, mind-blowing. TEDx equals regional events that mostly follow the model of TED. Local so it’s easier for us commoners to score tickets and/or speak. And the TED video experience over the interweb. All three of these experiences are cool… just different.

JWT: What JWT should I have asked but didn’t?

JTD: What else am I passionate about? Simple answer – the organization Share Our Strength which is devoted to ending childhood hunger. Serving on the national board of directors has been one of the most valuable experiences of my business career – I have served alongside amazing leaders of huge corporations, non-profits, and think tanks.  Getting involved in board work can be one of the best career investments HR execs should consider – and a non-profit can sometimes be the best place to start. But the mission is even more important. Hungry kids can’t learn; the spiral of dropouts and unproductive employees starts early – and can be hard to reverse. We will need these kids to be a competitive economy in the future. #justsayin  #nokidhungry