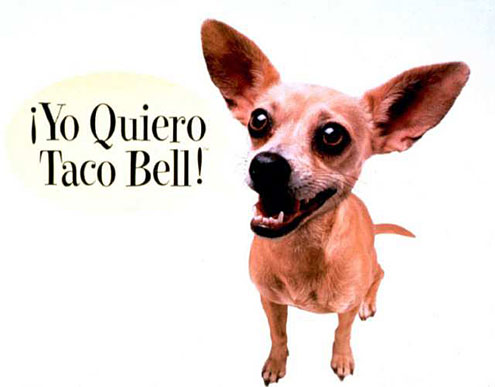 OMG.  It can’t be true. My beloved Taco Bell is taking a shellacking. Some rogue trouble-maker claims that Taco Bell’s beef is really “beef-ish” consisting of just 35% meat and 65% filler. OK, I don’t eat at Taco Bell very much now but it was THE staple of my high school diet (with a big Diet Dr. Pepper)… so my heart is heavy at this travesty. Of course, TB beef burritos only cost 98 cents. I never expected filet mignon.

This story got me thinking about interviewers though, many of whose interviews are 65% filler and very little substance. So what are the signs you’re pulling a Taco Bell and doing an interview that’s “meatless”?

So here’s the deal. I had an interview once that lasted five minutes AND I got the job… then I quickly discovered I loathed the job and the people both. Had the interviewer spent more time with me (and I with him), we both may have come to a better conclusion. Nothing in this world comes for free especially in the job search world. If you’re doing interviews that are too good to be true, too easy, too predictable, too quick, too “meatless”… you or they may be making a run for the border soon.