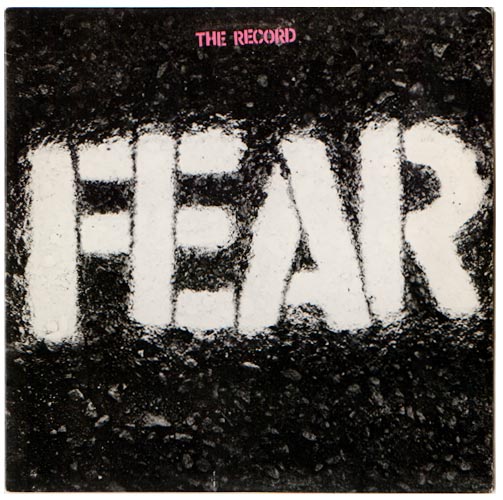 At this point it’s not new news that fear in the workplace can cripple productivity and ruin your culture, but are you creating fear without even knowing it?

My friend Louisa called me yesterday at 2pm in a mini-tizzy because her boss’s boss had come over to her desk and requested a meeting with her for the next day. She tried to figure out what the meeting was about by asking if she should prepare anything or if she should come with an agenda but he was vague and just asked her to show up. In her eyes her boss’s boss is a big deal and not someone who requests a meeting for the fun of it. She knew something must be wrong.

Between the mini-tizzy time she spent with me on the phone, the time she spent walking around the office talking to co-workers to see if she could figure out what the meeting was about, and the time she sat at her desk worrying about if her work was up to par or if she was going to lose her job, Louisa got no work done for an entire day. She was worthless from a productivity standpoint.

The next day she braced herself for the meeting, walked hesitantly into the boss’s office, and sat across from him like a deer in headlights. Fearing what he had to say she listened. He started the meeting with, “I heard you did a great job with the client last week and I wanted to thank you for all the work you put into making their project a success.” He just wanted to tell her that.

Are you kidding Mr. Boss Man?!

I’m sure he has no idea how nervous Louisa was or how much time she wasted trying to figure out what the meeting was about, but that boss broke the cardinal rule of employee engagement – eliminate fear to increase productivity.

What Mr. Boss Man forgot, and what sometimes as HR professionals we too forget, is that when you’re in a position of power, you sometimes create fear when you don’t mean to. I learned this the hard way when I pulled an employee aside to congratulate her for a job well done and just in the two seconds that it took for us to step aside from the group her demeanor changed and she looked a bit nervous. In essence, I made the same mistake as Mr. Boss Man (only not so dramatic).

So, even though we all know fear isn’t good in the workplace, it’s important for us to double check every once in awhile to make sure we’re not unknowingly creating this very emotion within our employees.