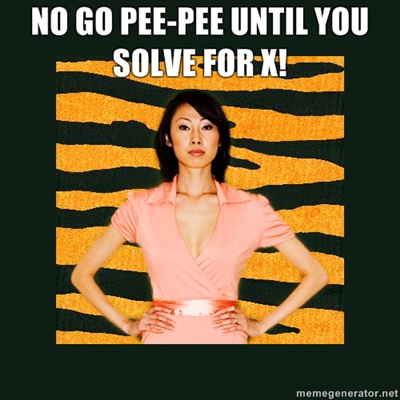 Over the last few weeks, there’s been quite the reaction to an article that ran in the Wall Street Journal – Why Chinese Mothers are Superior by Amy Chua, aka the Tiger Mom. Tiger Mom has taken a beating in the media for her parenting style, which is essentially boot camp to prepare her kids for life. I’m really not interested in how she or anyone else chooses to raise their children. That’s your own business.  But if you take a step back and look at what Amy’s describing and swap her kids out for employees, it’s really a training and development program. And if you look at recent global math and science test scores, there’s some evidence to suggest her approach could be pretty effective. Now that’s interesting to me.

Let’s face it – how most companies train and develop their employees is crap. The approach is haphazard and the training elements are often irrelevant to the business. It’s no wonder that with the first sign of budget constraints, training and development is one of first areas to be cut. Now, if Tiger Mom were running training and development for your company, you can be sure this wouldn’t happen. Here’s what the Tiger Mom taught me:

So there you have it. And you better believe that once Tiger Mom is done raising her kids, I’m going to hire her to run my training and development.

Best quote so far as I’ve been pitching these proposals:  “So this means that managers are going to have to work a lot harder.” Yes! But hopfeully harder on things that really matter. The reception so far has been suprisingly positive. As you’re reading this post I am presenting to our Board… more to come.