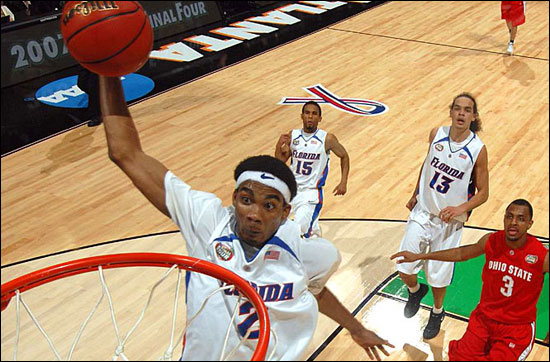 I don’t watch the NBA anymore (don’t tell my FOT basketball obsessed colleagues). But, I absolutely love March Madness. (Go Zags! Well… maybe next year.) Sure, they don’t score as many points in college basketball. True, there are fewer dunks. And, true, I’ll never be treated to a one hour ESPN special dedicated to a player telling us where he’ll be next year… But, I prefer watching a team sport. A sport where everyone is involved. Where everyone hustles and everyone is recognized. A sport where, unless you have a guy named Jimmer on your team, everyone contributes to the win. Isn’t this better than watching a bunch of egomaniacal millionaires hog the ball and steal the glory?

March Madness is kinda like… (wait for it)… Recruiting!

Consider this: often, as recruiters, we focus on the hire. Who made it? Was it a slam dunk? Was it a difficult fade away jumper that resulted in the points? At the end of the month or at the end of the year, we tally up our totals. Who is the leading scorer? Who had the highest shot percentage? Which recruiter is our Kobe or Lebron? Give that guy an extra $5 million!

But what about the assist? This is still highly important to a successful basketball game. However in the NBA when the win is achieved, you hear about the guy who made the shot not the other guy who found him open.

Corporations are large organizations often with multiple groups. Just because a candidate isn’t a fit for one opening doesn’t mean he won’t be a fit for another. If our staffing orgs want to compete, they need to perform as teams. Not as individuals. We need to be like North Carolina. Harrison Barnes is making baskets. But how many of those were possible without Kendall Marshall?

Let’s say I meet an awesome candidate. We’ll call him Mr. Ball. I get ahold of Mr. Ball and dribble him down the court of pre-screening. Dang…I’ve gotten him all the way down the court, but I am met at the three point line by the dreaded Defensive Goliath called “The Internal Candidate!” This path to the hire is blocked! I can pivot and roll Mr. Ball around to find another path that may or may or may not put me right in front of #86, “Not-The-Right-Experience.” Or… I could pass Mr. Ball on to my colleague at the corner. He has a lane wide open. Sure enough, I pass the candidate to my partner. He takes Mr. Ball all the way in for a slam dunk! The crowd (made up of hiring managers and VPs) goes wild! Our competitor goes home defeated and ready to fight again, tomorrow.

My colleague, @annielohr, gave me the idea for this post, the other day. Annie recruits for the games side of our business. She met a great candidate with a court load of experience. Only it wasn’t the right experience for her group. A quick and easy e-mail later, he’s talking to one of my teams. I wouldn’t have found him without her. And, she likely wouldn’t have hired him on her team.

The corporate world doesn’t work like an agency. We’re not paid on commission. So, there is really no room for recruiters that act like they do. Pass! Alley-Oop! On defense, double team, if necessary. Work together. Be a team! Share the wealth and the glory.

Separately… thank goodness someone finally shut down that Jimmer kid! Not that I’m bitter.