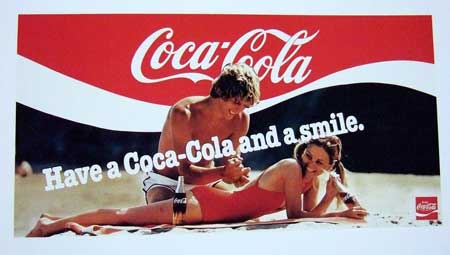 I am a suck up. And Coca-Cola… I love Coke Zero so much that I want to kiss you on the mouth. So in checking out your University Talent Program highlighted in Workforce Management’s article “Coca-Cola Division Refreshes Its Talent With Diversity Push on Campus”, I’m pulling for you. You haven’t lost me yet. Not quite. But you may have some explaining to do. Coca-Cola has a big problem. A problem so big no global branding or the best soda in the free world (Coke Zero) will fix it.

They can’t fill their crappy jobs. Most specifically, supply chain jobs, you know the guys in the trucks who deliver delicious Coke-Zero to the Jr. Food Mart. And since Coke determined a new recruiting initiative would be prudent in solving the crappy job issue, why not throw in a diversity initiative for good measure.

Coca-Cola is attempting to kill two birds with one stone with their University Talent Program (UTP). Selected new grads come on board during their senior year or perhaps directly after graduation and “enter a 24-36 month, full-time program, rotating new assignments within their specialty every 6 to 12 months.”

Nothing new… but OK, I’m still with you. After checking out the UTP website, Coca-Cola lived up to its hype. Especially the kind of hype a college-senior would relish… cool video, diverse faces, MTV quick shots of execs yuckin’ it up with participants, social responsibility programs. The full Monty. Also, most recruiting studies show that assessment centers, which in theory this may be, have the best selection reliability. In addition, onboarding, which this program may be too in theory, usually does more good than less.

However, this program hasn’t convinced me it is the Real Thing:

1)  Without management engagement retention loses its fizz.  Graduate training programs are nothing new.  And many fail.  When the excitement of rotations end, and participants end up in Tiny Holler, USA, with a manager they have never met, who may or may not be as engaging as the corporate social activities, that bird will fly.

George Brant, onboarding guru, stated on John Sumser’s The HR Examiner, “The most critical partnership is the one between the new employee and his or her manager. (Onboarding) Success is largely dependent upon their ability to take existing processes and tools and adapt them for their specific situation”

If there is little management engagement during the UPT program… I mean with the real manager.. .low retention is a higher probability.

2) The diversity initiative feels like an afterthought. For Coke to recruit at your school – the school has to have a Coca-Cola account (i.e. serve Coke products). If that is a criterion… then you’ve shot yourself in the foot stating diversity is priority. ‘Nuff said.

3) Is it a win if you focus your diversity program on filling crappy jobs? Don’t know if I would be proud to say, “We now have more minorities and women doing the job no one else would take!  Yahoo!!!” Yeah, yahoo…

4) Should diversity be defined by ideas and thought instead of race and gender? Fellow FOTer, Josh Letourneau posed that question to me. And I don’t have an answer for this – would love to hear your thoughts. As a woman I tend to think it should.

I like that Coke is on a track. But until some of these loopholes are addressed… if not, their retention may go the way of “New Coke”… down the drain.