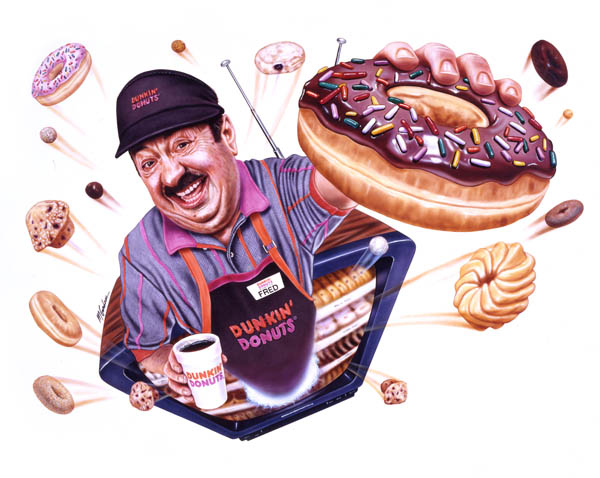 I met a sales guy a few years back whose comment about HR just stuck with me. I had asked him about selling to HR professionals. He bellowed “Hell, I love HR… all you gotta do is bring donuts to the meeting.” Donuts to the meeting, I thought. Surely this guy was full of shit.

But nope. He wasn’t. And everyone within ear shot of this post should be fighting mad because the connection between HR and donuts is simply about respect.
One of the reasons HR gets very little respect (both inside and outside the organization) is that we allow disrespectful behavior from sales people who sell software and services to us. Yeah, I know – the very same people with whom we spend significant budget dollars. Don’t agree with me? Test my theory. Ask a sales person who is currently selling you something to bring donuts to the next meeting. They won’t even blink. Sure thing boss! You want Krispy Kreme or Shipley? Chocolate cake or donut holes?  Truth is… most people who sell to HR have a deeply imbedded disdain for HR professionals. Let that sink in a bit.

Yeah, they are making fun of you by bringing donuts. That’s right, it isn’t a gift based on how much they love you. They secretly think you’re: petty, powerless, and a blocker.

Most sales people who sell to HR do it because they have to do it. Their organization has deemed it critical, but secretly they don’t like you, love you or respect you. Give them an option and they would leap at the chance of selling directly to the CFO. Why do you think that is? Is that about budget authority, perceived power within the organization, or some weird affinity for guys who wear dark suits? Nope. They just don’t like you. And, they will never love you because they have no respect for you. They wouldn’t want to be you. Not in a million years.

Still don’t believe me? Think back to the great donut experiment. Try that in any other department in your organization – but especially within your local finance department. I’ll send you a hand written “I was totally wrong” letter if you can manipulate an enterprise sales guy to bring donuts to a meeting with your CFO. Won’t happen. Ever. And if it does happen? That sales tool is not fit for this life.

So why would a sales person think it’s okay to bring donuts to a meeting with a VP of HR? It’s simply about respect. HR pros don’t respect themselves AND they don’t force others to respect them as well. Yeah, I said force. Some uncomfortable meetings. Lots of conflict. Go to a happy place in your mind and imagine tons of sales assholes getting kicked out of your office. That type of force. Time to be an asshole and demand respect. Buck the fuck up.

What I have described is reality for 80% of the profession. It just is. It can get better though. Make vendors work for it. For starters:

One of things we can all do to change our stead is to review how we interact with the marketing and sales efforts of those who sell to us. We need to demand more of them and ourselves. Respect is the game and we’re a little late coming to said game… that said, this is a game worth playing and winning.