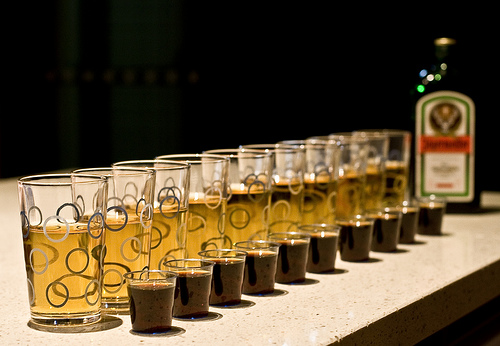 I take my hat off to HR professionals every day. The things I hear about on the recruiting side of the business pale in comparison to the day to day drama that takes place in HR. I don’t know how you keep
your head about you as you go from one crisis to the next. I’m exhausted just thinking about it. As a hiring manager, I’ve had my share of closed door meetings with HR and one of my employees charged with all sorts of misdemeanors – and yes, a few felonies here and there.

Working (for the most part) in smaller, privately held companies, I often wonder how you deal with working in a culture where the CEO is the party animal, and there is no board or higher authority to deal with issues that you need to get involved with and restore order to a chaotic situation. In today’s job market, HR executives know more than ever what the job market is like – and to go toe to toe with a CEO nut-case on a moral big-time issue could spell trouble for your own W-2. So, I have a question for HR professionals who follow FOT so that I can understand specifically how you would deal with the following situation…

A candidate I was working with earlier this year wanted more than ever to get the hell out of her current employer. Taking less money, drawing unemployment or working part-time were all on the table. The CEO of the company was a party animal and after work get-togethers always started in a bar right after the Friday afternoon whistle blew. It began with him ordering drinks based on whatever the employee wanted to consume and as the night progressed, JagerBombs lined the bar for all employees to partake in. Shots were ordered to celebrate certain employee accomplishments during the week, what appeared to be a warped sort of recognition event. After all, the entire gig was paid for by the CEO and each employee had the chance to get real face time with their fearless leader. Food eventually made its way into the nightly menu and later in the night – once everyone was sufficiently hammered, it was company provided transportation, and you guessed it – on occasion the entire team was encouraged to hang out and party on eventually winding up in a strip club.

I felt so bad for this candidate. I know there are big decisions that need to be made on paying for monthly bills or making a stand and taking a walk and suffering the financial consequences. And where was HR in dealing with this train wreck? Apparently the HR lead, while not in attendance in these after-hour drunk-fests, was in a very tough spot. What choices do you have in a situation like this one? After all, the CEO in this case is the ring-leader. That makes it really tough.

In the end, this HR executive, like the employee, will have to wrestle with the same economic vs moral issues. So, how would you handle this hot potato, and what options do you really have? How do you explain this behavior to the employee population? I was at a loss for words of advice on this “sitch”. Get out would be my first reaction – but then you have to consider all other options. She stopped going to the after work parties, and I’m sure that has impacted her with the rest of the team. Not a team player any more… Are you kidding me? Who cares? This really seems like a no-win situation. Just hanging around knowing that things will likely not improve would be very discouraging to me. Keep looking (and never stop) was my advice and – get out as soon as you can.

I’m guessing I will hear from a few HR pro’s on this issue. OK, I’m ready – when you are…