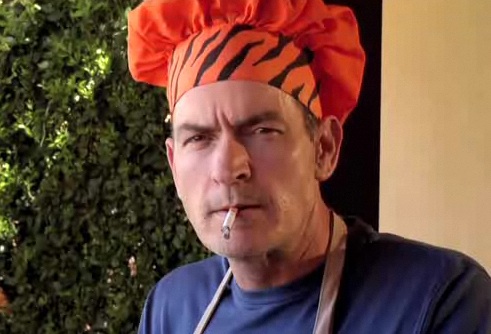 You are what you eat.

You are what you drive.

You are where you live.

You are who you put up with.

Is Charlie Sheen an Employee Bellwether?

At first Charlie Sheen was an interesting side note to all the crazy stuff associated with the star-laden left coast. Then he became something more. He became headline news.  He became a social media rock star. And, as Charlie Sheen transformed from a somewhat eccentric Hollywood type to a sad and sick person, we, the general public transformed as well. As we watched his public descent into insanity and drug abuse, followed him on twitter and watched his streaming videos we transformed from simple voyeurs to active participants. We are now standing on the street below the window ledge yelling “Jump.  Jump.” We want more from Charlie.  We can’t get enough of Charlie.  ‘Cuz Chalie is #Winning. And this is America, and damnit, we like winners.

But it is only the beginning.

About a week ago NPR posted an article, “Charlie Sheen: A Bellwether For What Is Next”. An excerpt:

“We are fascinated with Sheen because he is us — or, rather, he is what some of us already are and will be. Celebrities, for all their outlandish behavior, are often the bellwethers for what is next for the rest of us. Even as we tut-tut-tut about it, we are all taking notes.”

The article points out many of the social changes that we are accustomed to were at one time, taboo. Yet once our celebrity friends started breaking those taboos, we fell right in line. Some of the topics the article highlights include:

The article also points out that as managers we will be looking straight down the barrel of this particular gun soon enough, closing with this:

“And I know this: He is not the first and will not be the last person to want to tell his boss to stuff it. He will not, in these times when loyalty to employees is nonexistent, be the last to point out inconveniently that however much he is being paid, his bosses are making that much more from the fruits of his labor. He will not be the last to believe, as many people seem to think in many other fields of endeavor, that he can do whatever he wants — sexually, financially, to other people’s retirement accounts — as long as he is bringing in the cash. And while I personally don’t think his behavior is healthy for his five kids to witness, is it any worse than seeing your parents humiliated by long-term unemployment? But a million people aren’t tweeting about that, are they?

Years from now, mark my words: We’ll have seminars on how to manage people who are, as he put it, “Winning.”

As I read that last couple of paragraphs I couldn’t help but replay Kris Dunn’s post on the HR Capitalist blog from earlier this week, “#FACT: Great Talent Runs Freaking Hot – Deal With It…” where he leads with this:

“Great talent runs hot. There are going to be some broken eggs. Please put on your helmet, because while they’re engaged in saving your #$$, the same passion that drives them to run your business makes them make incredibly poor decisions elsewhere.”

While Kris doesn’t necesarrily advocate hiring these folks, I think his post shows that we recognize it as a reality in today’s hypercompetitive business world. You will be tempted to do it. Everyone is.

Here’s the lesson… You have a choice to follow the bellwether* or take a stand.  Your company culture is what you reward and recognize. It is also about what you put up with from a behavior standpoint. Only you – HR and other management in the company – can decide whether you will put up with Adonis DNA and Tiger Blood employees or kick them to the curb.

You – and only you – have the power to determine if you become the company that will put up with anything to make a buck – or – make a buck by not putting up with everything.

HR and Senior Management own this one.

While you may not be the crowd on the street yelling jump (that’d be the stockholders) you are the person who controls who gets on the elevator to the top floor in the first place. You can either stop these folks from getting on – or you can give them your express card to the Penthouse Suite.

But make no mistake – it is YOUR call.

(*  Interesting factoid that applies here:  A bellwether is a sheep, usually male, that leads the sheep.  Typically wearing a bell.  A castrated male sheep is called a wether – hence “bellwether.”  I found that very apropos– sheep and followers.)