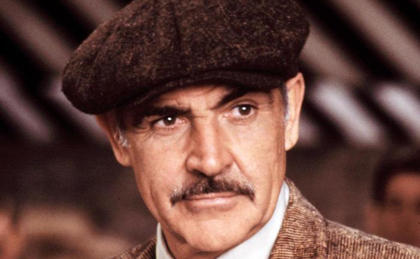 A few months back, FOT’s resident incentive and rewards guru, Paul Hebert, penned a great piece called ‘HR Plays Too Much Defense’. It was a great take on how, in many HR organizations, the default position of risk avoidance, protection, and even fear detracts from the function’s potential and ability to enact positive and relevant change in the enterprise. Click the link and take a few minutes to re-read the post. It’s cool, I can hang here while you digest Paul’s take.

I was thinking about Paul’s piece as I talked to a friend of mine recently, a corporate recruiter for a Fortune 500 type company, who expressed some concerns about how recently a number of hiring managers she supports had reported a dramatic surge in poaching activity by recruiters from industry and regional competitors, with a marked increase in the last several months. And sure enough, for a variety of reasons, these corporate ‘raiding parties’ had started to do some damage, picking off a few key executives here, a few solid and experienced performers there. The situation was starting to get really worrisome, my recruiter friend lamented, and some immediate responses to these attacks were now being implemented.That’s cool, I thought, my mind jumping to the Sean Connery line from ‘The Untouchables’ – “He pulls a knife, you pull a gun. He sends one of yours to the hospital, you send one of his to the morgue! That’s the Chicago way, and that’s how you get Capone!”So, I asked this: What are you doing to strike back? Again, I was fully expecting to hear something about staking out the bar where the competitor’s top sales reps hang out, squatting on rival firm’s Foursquare locations, and buying up some sponsored ads for the ‘Jobs at Competitor Name’ Google searches. And quite honestly, even those tactics are pretty lame, but at least they are ‘playing offense.’

Well, my recruiter friend replied, they are taking some pretty strong action. First, they made all of their sales reps make their LinkedIn profiles and connections private. They didn’t want their staff to be easily found and connected to by other recruiters, as well as their connections mined. Next, they had IT block all incoming email messages from the domains of their main competitors. They couldn’t have rival recruiters emailing their people directly, after all. And last, they took their partial social media blocking policy at work and extended it to more sites and networks. Sure, they still let folks, some folks, onto LinkedIn, but that is about it. Taking those few steps, in their opinion, would help in slowing down, if not stopping, the exodus of good people to their enemies.

Interesting, I replied. They had it all figured out. Once the rival recruiters saw their emails bouncing back from their mail server, surely they’d pretty much give up, right? And if all of a sudden, their LinkedIn search results for their people start coming up a bit less rich than before, well, I am sure they, of course, would just slink off, head down, cyber-defeated in a low-stakes, pathetic game of corporate jousting. And the full social media ban? I am sure none of their people actually use social media at home, or on their personal smartphones. Good thinking about the block, that will effectively erase them from the savvy sourcers out there.

In the American Old West, as the settlers moved further into Native American territory, they frequently were fearful for their safety from raiding parties of all sorts. They adopted a defensive tactic known as ‘Circling the Wagons’, which entailed arraying their covered wagons in a complete circle, and placing their prized possessions and people in the center. The idea being that by assuming this posture they could better see and ward off any attacks. Sometimes this strategy was successful, sometimes not so much.

But the thing is, today, if you try the modern version of circling the wagons around your talent, the rest of us can still see inside, and unlike in the old west, you can’t really do much to protect your possessions and people all that much. You can try and circle the wagons, cower in the middle, and hope your ‘enemies’ don’t find your valuables.

Or you can, as my friend Paul suggested, take the offense.  It is up to you pardner. Giddy up!