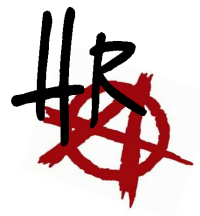 ‘And you shut up! Who are you, anyway? Sitting there – telling people what to do. You can’t hunt, you can’t sing – ’

‘Why should choosing make any difference? Just giving orders that don’t make any sense – ’

‘Piggy’s got the conch.’

‘Because the rules are the only thing we’ve got!’

But Jack was shouting against him.

He gave a wild whoop and leapt down to the pale sand. At once the plat form was full of noise and excitement, scramblings, screams and laughter. The assembly shredded away and became a discursive and random scatter form the palms to the water and away along the beach, beyond night-sight. Ralph found his cheek touching the conch and took it from Piggy.

“Lord of the Flies,”, William Golding.

HR IS About Rules…

I started today’s post with that bit of high school literature.  Lord of the Flies was one of the few things I’ve ever been required to read that actually stuck with me.

The idea of HR and Lord of the Flies came to mind a while back when sitting on the porch with one of my son’s friends.  This kid had it a bit rough.  Mom and Dad split.  Father not paying attention to the kids – more to his own libido and bar tab.  Mother trying to make it work but not doing well.  He spent a lot of time with us.  We (my wife and I) bought Christmas and birthday presents for him.  We bought him shoes.  Anything we did for our real son – we did for him.  Son II so to speak.

I was sitting with him on the porch one summer afternoon talking about what they (my son and him) had planned for the day.  He told me.  I told him to be sure to check in and let me know where they were and what was going on.  I told him no messing around.  He said to me, unprompted…

“I like being here.  At least there are some rules.”

A teenager.  Telling me that one of the things he likes about our house versus his own – was the rules.

Normally you’d think the opposite.  But rules matter.

HR gets a bad rap for being an enforcer.  But the reality is, everyone, including your employees, needs rules.  Too often, we think that letting employees have free reign to pursue their bliss, to find autonomy, master and purpose, will create an ideal working environment.  The “rule-less” organization will create engagement and satisfaction.  No it won’t.

Rules are required for safety and security.  Having rules puts people at ease.  A “no rules” environment is frightening and paralyzing.  For most of us, having an inkling of what is right/wrong, acceptable/unacceptable – is required for us to act.

Without rules we either do the wrong thing or nothing.

HR is all about rules.  And should continue to be.

Here’s a rule for you.  The rule-less organization creates anarchy, confusion and zero progress.

HR needs to set rules – boundaries within which to act.

Don’t be afraid of putting in place rules, regulations and boundaries.  It is a difficult job.  A thankless job.  And one that many who would break the rules could not handle.

There is, however, a fine line between creating boundaries and creating regimens.  Allow exploration – within the boundaries.  Create rules that govern the big picture and allow the little things to slide.  Find those rules that are unbreakable.  Enforce those.