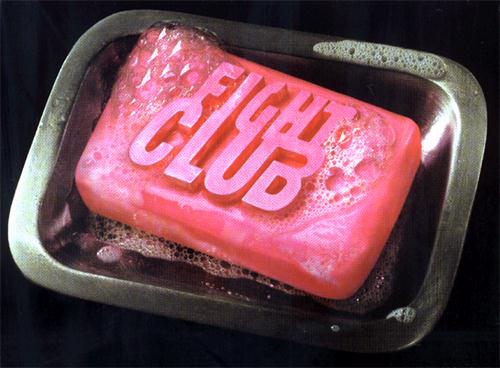 Let’s face it – sometimes you’re locked in a scuffle for talent (it’s hardly a war – wars have guns, grave consequences and these days, hot deserts) and you need to plant some doubt about a competitor with the candidate you need to sign.

Translation: You need to go underground and negative recruit.  To negative recruit means you share interesting information about your competition with a candidate in an effort to make your bid for the talent in question have a higher probability of close.  See this link for a great example from the real world.

Please put on your helmet.  If you are on the recruiting trail and you’ve never negative recruited anyone, you’re an administrator. Go read some whitepapers about onboarding or where the cool spots are to post jobs, ’cause this one ain’t for you.

Here’s the deal – Only hacks are so overt as to say, “Tim Sackett’s company sucks” or “Wow, I can’t believe you would work for Tim, Donna”.  Being directly negative is a sucker’s play and amateur hour at best.  You negative recruit that way and the candidate lands at your company.  Things don’t go well. Then they remember how you handled that session.  They think you’re a scumbucket.  Who knows? Maybe they’re right.  About you, I mean.  Not me.

Stay classy, Omaha.  Here are 5 Ways to Negative Recruit a candidate without looking like a scum-sucking street agent:

1.  THE FIRST RULE OF FIGHT CLUB IS: Assume the position of agent and always offer up what’s broken at your own company as you compare and contrast.  You’re concerned about their career.  Don’t just talk about the other company.  Take what you know about your competition and compare and contrast with your own firm.  Let the competition win a round or two.  But make sure you win the final round, and make sure it’s a round that really matters to the candidate.

Now – assuming you can handle that contrast and give and take, use the following negative recruiting angles to strike down your competitor with style and grace:

2. The stock looks weak. What does that mean, Donna?  Use public information to help the candidate view the competitor with eyes wide open.  The stock is down a bunch?  Venture capital money looks to be running dry? All fair game, but you have to know what it means.  (Study up for this one. The only thing sadder than a recruiter who doesn’t understand a PE multiple is one who voluntarily enters into a conversation with a candidate who knows more than they do.)

3. What’s your next step after this one, Donna?  Ask questions about the next career step for the candidate if they join your competitor.  What’s that, you don’t know?  Seriously?  S##T, I can tell you what the next step is at our company. (Message: I care enough to have that convo with you, Donna.  Why would you go someplace that doesn’t want to spend time on that?)

4. Did you see your prospective manager’s LinkedIn recommendations, Donna?  Of course you didn’t, Donna. There aren’t any on his profile.  Meanwhile, your future manager at our company has 14 recommendations – sure seems like people love to work for him.  (Ask what they really know about the manager they’d be signing up with at your competitor – tell them what it means at your company).

5. It looks like they just laid off 20 people last November in the office you’re going to work out of.  How do I know?  Well, Donna, I thought if you were going to go there, it must be a good source of candidates if I couldn’t sign you.  I started looking at resumes in our database and LinkedIn profiles, and it looks like the office did a layoff pretty recently.  It wasn’t in your department, so you’ve got that going for you.  Did you ask about growth or stability when you were interviewing?  No?  (If there’s organizational information available, it’s in play).

The key with any of these strategies is the ability to compare and contrast the competitior with your company.  You’re not perfect.  Let them know that.  But WOW – you look good in comparison. Don’t tell them that, just do the contrast.  They’ll figure it out on their own, IF you can frame it.

You’re a coach.  The other recruiter might as well be working off a predictive dialer at a boiler room telemarketing firm.

Negative Recruiting.  Because your kids need a new pair of shoes and future community college tuition.