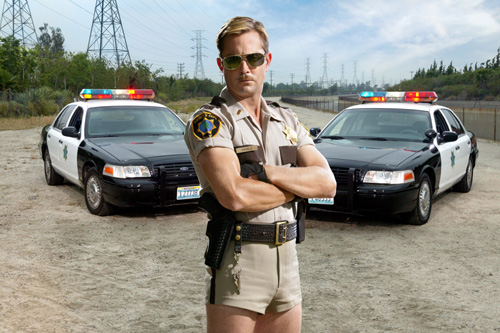 The other day was one of those days where I felt I was talking in a long funnel. All that seemed to be heard was “wu-wah-wu-wah-wah”. And it made me angry. Not Hulk angry—but Girl angry. The kind of angry that keeps you up at night. The kind that wakes your husband at 3am wanting a back-scratch. Stomach hurt angry. Had to go run several miles at lunch angry.

I am hypersensitive to the “everyone hates HR police” moniker, so I don’t mandate anything. I don’t like mandates so why should anyone else? Besides, telling anyone what to do doesn’t get me far. So I present options and give my assessment of risk; managers make final decisions. After months of presenting options to my managers, negotiating, and using “backdoor” strategies to get HR practices in place, I finally found myself in a situation where when I gave reasonable pushback, I was instantaneously saddled as a bureaucrat. Nice speak for Police. I wanted to crawl over/under the table… yes, the very table everyone wants to sit at.

All the trust I felt I’d built, ignored. Ten + years of experience, ignored. And it made me feel… well, angry. Let’s get this straight… not wanting to follow my recommendation doesn’t bother me in the least. Being labeled as a bureaucrat after one pushback session does. Big time. I’ve tried so hard to not fill that description — and it slapped me in the face, which hurt and left a bruise.

But after a few nights sleep I realized — nobody cares about that “title” but me. I also realize every other VP in the organization is also a Policeman (or woman, whatever).

Unless your HR function is devoid of process in which you have to assess risk (i.e., Recruiting, Employee relations, Benefits administration, man…even training), YOU WILL ALWAYS BE LOOKED AT AS POLICE. So no matter how you position, give options, or smile through every “relationship-building meeting” you will always be looked at some time as a police-er. And nobody cares but you.

Soak that in. There is no other truth than that. Who gives a crap?! Really.

So after 10 years in the HR space, I give up trying to change that truth. And after sleeping on it for a few days, I think my HR role will be better for it. Like a co-dependent letting go of a husband who beats me. It’ll take me a while to really let go of the baggage, but I am getting there.