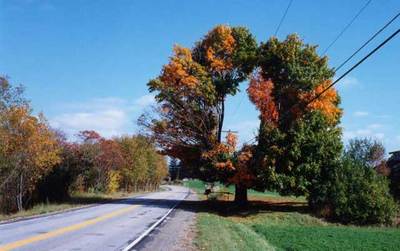 I’m currently struggling with an imperfect workaround that I have created for myself.  The “workaround” is the stepsister to the coping mechanism.  It’s how we deal with shit.  Workaround shit.  And, thusly, get shit done.

Those who know me know that I have two sons… Henry (5.5) and Van (1.5)… and those that know me, know that I listen to hip hop on a regular basis.  Not the radio crap but “real” hip hop.  Think mix tapes and such.  Also, read that as explicit content.  I actually listen to a lot of different types of music but hip hop is dominant in my world.  No judgments.  While my wife would prefer I listen to something else… my son Henry actually enjoys my musical selections.  This brings me to my imperfect workaround.  As most of you might know, hip hop is littered with the N word.  Littered.  So a few months ago my son started memorizing the words to songs.  Visual… think of your 5 year old saying the N word.  Not good.  Not good at all actually.  So, in a moment of greatness, weakness and/or stupidity, I changed the N word to ninja.  Yep, you read that correctly… ninja.  So every time a song says the N word… my son (and I) say ninja.  “Ninja what.” “Ninja who?” “My ninja.”  For the record, this is decidedly NOT a perfect workaround.

I wish things were different.  I’m of mixed race decent.  None of which is African American.  IMO, the N word is a despicable word that conjures up all kinds of hideous historical shit.  I don’t like the word.  But, truth is, the N word IS dominant in the type of music I love.  Almost every hip hop song contains it.  I wish our culture would outlaw the word.  Make those that use it social pariahs.  As an cultural outsider, I do understand that hip hop artists, by using the word so frequently, take the power away from the word.  That might work for them but it doesn’t help me with my five year old.  And, truthfully, I don’t think we can ever divorce ourselves from the mean-spirited, hateful past where the N word was born.

All this got me thinking about the workplace workarounds (and/or coping mechanisms) we create for ourselves every single day.  You know the ones…

The successful employee with halitosis.  What do you do with people with bad breadth?  Put mints on their desk while they’re at lunch.  Place a bowl of peppermints in the conference room. Talk with them.  What?  Bad breathe sucks to be around.  How do you workaround this?

The leader with obvious memory problems.  Not forgetful.  The person can’t remember basic shit. Btw, doesn’t have to be an older person.  I’ve seen a coworker in their 30s with memory problems. Do you talk with them about it?  How do you workaround this?

The receptionist who talks too much about her family.  I love my family too.  Some days more than others.  (smile).  Hell, I just used my son in this blog post.  I get it.  That doesn’t mean I want to hear every excruciating detail from your family vacation.  Or every single problem that your family has, etc.  How do you workaround this?

The co-worker who uses the restroom a lot.  True story.  Like once every 40 minutes or so.  I could never pin down the reason but a well-worn path was created to our company restroom.  I have to admit, it got in my head a little.  Why are they using the restroom so much?  Dunno… never figured it out.  How do you workaround this?

The boss who waits to the last minute to finish their presentations.  I love the Hail Mary like most people but this is a disruptive behavior.  Procrastination sucks.  We all do it.  What do you do when you can’t control others that do it?  How do you workaround this?

The executive who disappears at conferences.  In some ways, conferences are custom made for disappearing.  People disappearing from their marriages.  And, executives ducking official responsibilities, etc.  No one gets hurt, right?  Wrong.  The folks that depended on that girl/guy. How do you workaround this?

The workaround list could go on and on… these are NOT offenses that make the person worthy of being written up or fired but stuff that you have to workaround.  Things that make your worklife more difficult.