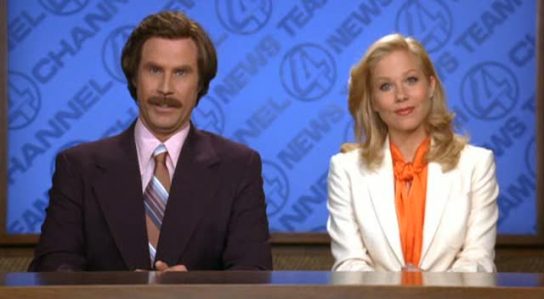 I’ve been thinking a lot lately about my own mortality.  I’ve also been thinking a lot about why succession sucks.  Like duh.   It’s not that we lack the skills, processes and/or software for proper succession.  It’s that the conversation at its very core is an emotional Beirut for all parties involved.  We’re all avoiding the concept of… dude, your time is up.  Succession just sucks, so let’s explore that.

Folks, get comfortable with the concept of generational warfare.  IMO, we all have institutional blood on our hands.  Some of us are kind of graceful but more often than not… we don’t want to let go of the helm.  I would imagine that this has been going on since the beginning of time.  Young versus old, progressive versus traditional, abstraction versus realism, etc.  It’s rooted in a bloodlust for power… the attainment of power and/or the retention of power.

Funny thing is… transitions happen.  Change happens.  Shit happens.  Any given generation is only at the helm for a limited amount of time.  Yep, the circle of life… ahhh Simba (poor Mufasa).  No – the other circle of life, meaning the moment one generation takes the helm… is the very moment the clock starts on their retirement.  Go ahead and plan the party, you power hungry bastards.  Time is of the essence – errr, time is fleeting.  We just don’t have enough time.

Come to think of it… can succession really ever be humane?  No.  Not really.  The three potential scenarios play out like this…

Feel the rage just beneath the surface of succession.  IMO, rage is always present… whether or not we want to acknowledge it is up to us.  The succession conversation is inherently wrought with pain.  Pain = growth.  Not that growth is good or bad, just inevitable.  Again, a change is gonna come.  Let me suggest a new direction for those who care deeply about succession both in terms of process and substance.

Okay, drum roll please… age specific mandatory retirement.  Yep, you read that correctly.  I want to take the hemming and hawing out of the process.  On your birthday, things happen.  In this example, when you turn 63, you effectively sign a new employment contract.  The details:

Maybe you get a gold watch or some other thankless gesture…  Not sure.  But, older employees would be “gracefully” phased out over years.  The ages can change, but you get the point.  Not a lot of discussion.  Once you hit a certain age, you’re on a predetermined retirement path of reduced hours / responsibilities.  In my fictitious world, either party could move the time table up given 60 days notice but neither party could slow the process down.

The handoff is what really matters.  I think we want way too much from the retiring generation.  We want them to somehow tell us all the secrets.  Truth is, they made it up as they went along… just as the younger generation will do.  Let’s focus on the critical information to be exchanged from one generation to another.  Personally, I want the older generation to convey important cultural events and explain the context of said events.  Through their eyes, I want to know how they saw the firm mature.  I also want to know all about the failures of the firm.  From every perspective, I want to know the details and context to failures.  That’s about it.

In my opinion, everything else can be learned – on the job – by the younger generation.  I want the general history lesson – via story telling – and in particular, I want a deep dive in to the failures… so, at the very least, the younger generation won’t repeat those.  I don’t want much, I don’t expect much and the truth is, we can find a way for this to NOT kick our ass so much.

For a nanosecond, let’s put our egos aside.  The baton being passed is the only thing that is really important.  We can bond upwardly and/or downwardly and actually give a shit enough to convey critical things or NOT.  The choice is ours.  All of ours.  If we really care about our legacy, then succession will be easy AND graceful.