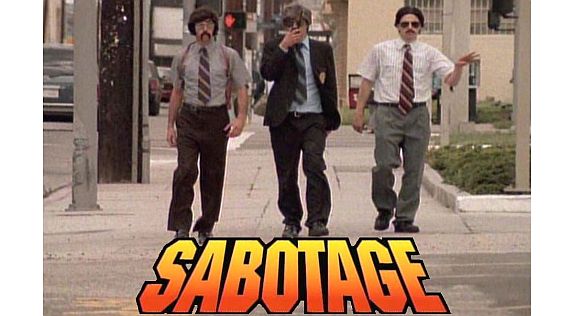 Human behavior is so… well… human.

How many times have you seen it?  The pressure’s on at work, and maybe even layoffs look like they
might be around corner – or another round of layoffs, depending on your company’s situation.  And when the pressure’s on, you can bet that questionable human behavior is right around the corner.

What type of human behavior?  How about the type who will cheat to ensure an edge is gained against a co-worker you are directly or indirectly competing against?  The type of behavior you see when someone’s trying to keep his job and will apparently DO WHAT IT TAKES TO CLOSE THE DEAL vs. his competitor, who also happens to be a teammate.

How do you deal with that when it involves actions that are labeled as “sabotage”?  You know the type of internal cheating I’m talking about – email tips, gossip about someone’s performance, misinformation and yes, even stealing the ideas of others and presenting them as your own.

For my money, here are the 5 most common managerial responses to sabotage/cheating at work:

1.  You ignore it because you created the system.  You tell your folks to take every inch they can get.  No such thing as a bad edge to you, right?  You wink at zero sum players of the world, even as their teammates cry.  If he’ll cheat now, what will he do when you pressure him to cheat?  Cheat even more – you like that.

2.  You ignore it because you’re passive and scared.  I know, I know, Johnny.  You don’t condone it, but you won’t confront it.  “Where’s the proof?” is your mantra that keeps you on the sidelines.  Whether that’s your stance because you’re scared or you really want your talent to push the edge?  That’s subject to public opinion.

3.  You’re in support of a FIRM REPRIMAND.  But you won’t disqualify the cheater from competing or even penalize him as a result.  If this is your stance, you also like to discuss the merits of committee rules.

4.  You regularly throw a crazy Nolan Ryan fastball at the head of anyone in the margins of cheating to gain a competitive advantage. They can stay the first time you catch them, but with severe prejudice that can only be overcome by lengthy periods of high performance with no artificial advantages.

5. Get a box and pack it with your stuff, because you’re gone if you cheat.  This is the one we all think we would respond with, but we don’t.  It’s uncommon, blocked by rationalizations like:

–“I won’t be able to replace them”

–“Can I still hit my budget number?”

–“I don’t have enough proof”