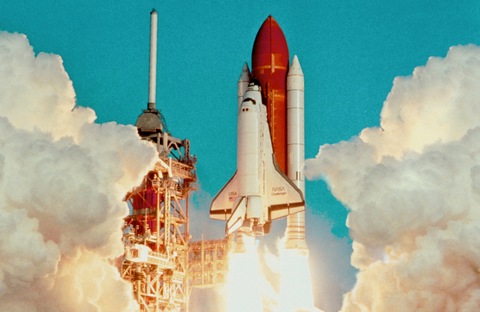 The topic of metrics has been debated by many of the FOTers regarding the validity and/or stupidity of them  in the HR world.  Regardless where you fall in the debate, most would agree many team members throughout our organizations still struggle with pushing cohesive goals forward to achieve results.  They struggle even more having honest conversations with their teams about falling short of achievement.

To illustrate the importance of Goal Setting, Metrics and Accountability, you only have to remember the
Space Shuttle Challenger.  For those of you who don’t know, The Space Shuttle Challenger, with the first Teacher in Space on board, exploded 73 seconds after liftoff on Jan 27, 1986.  All in front of millions of viewers live. All crew died.

Why did this happen? Three Things:

There was a lot of confusion, followed by many committee investigations, but here is the upshot of what happened: There was a major malfunction with a small, yet mighty Shuttle component, the O-Ring. The booster rockets that propel the Shuttle into orbit were created in sections and had rubber-like O-rings placed at the section joints.  These were simply meant to expand and contract at the joint so massively hot gasses would not escape and possibly ignite the fuel tank.

The O-rings failed and the fuel tank ignited. Why?

Failure in Metrics:  Metrics that were put in place to insure safe flight conditions were simply wrong.

Failure of Accountability: When the lead “O-Ring” engineer Roger Boisjoly discovered the problem several flights prior to Challengers fateful one, NASA believed that the situation was “not ideal” but acceptable.  After more tests when Boisjoly discovered even more malfunctions, his boss demanded he keep it quiet.  Later, it was discovered that Boisjoly’s company was in contract discussions with NASA with a 1 Billion dollar payout hinging on the success of their current work.

Competing Goals (confusion on outcomes):  This is a big one.  Bousjoly’s goal was to ensure a safe flight.  His boss’s goal was to secure a 1 Billion dollar contract with NASA.

HR Takeaway:  Many organizations are switching to a more modern cultural model that embraces freedoms, transparency and flexibility.  I love this.  However, freedoms are predicated by focus, clarity, shared vision, and accountability.  You can’t have one without the other.  If you can’t incorporate these “basic” concepts into the workforce, then achievement is impossible.  Or in a worst-case, may cause your business to end tragically.