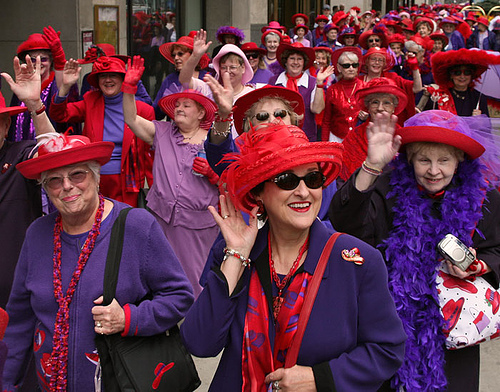 The Harvard Business Review recently highlighted a recent study by Professors Anita Woolley and Thomas Malone, in which the researchers studied how team/group diversification would impact overall team intelligence (you can view their explanation of the findings in Defend Your Research: What Makes A Team Smarter? More Women).  Big surprise to all us husbands, they found that teams with more women are smarter!  From the article:

“The standard argument is that diversity is good and you should have both men and women in a group.
But so far, the data show, the more women, the better.  We have early evidence that performance may flatten out at the extreme end—that there should be a little gender diversity rather than all women.

So, why didn’t the study find that regardless of women or men – that the group with just the smartest 10 people was the smartest group?   Conventional wisdom would say give me the 10 smartest people and I’ll have the smartest team.  Here’s the problem, in almost any example in real life, this doesn’t work out.  Take the top 5 scorers in the NBA in any given year, put them on one team, and they’ll almost always get beat by another team that was put together as a “team”.

There are many ingredients that need to come together to make a great team – yes, intelligence is one, but it takes more than just intelligence, and those other items are why women performed better in this study.  Here are some of the factors that the researchers pointed to of why women dominated teams performed better:

What this study really does is speak more about team dynamics and what makes a team successful than to the differences between men and women.  The researchers also found that extreme diversification, i.e., all women or all men teams performed the worst of all – so some level of gender diversification is needed for high performance.

Not in a position to fire all of your male employees and hire more women?! Not to worry – the ingredients aren’t secret, but the training of the soft skills needed to be successful might be more work than just de-manning your company and moving forward.