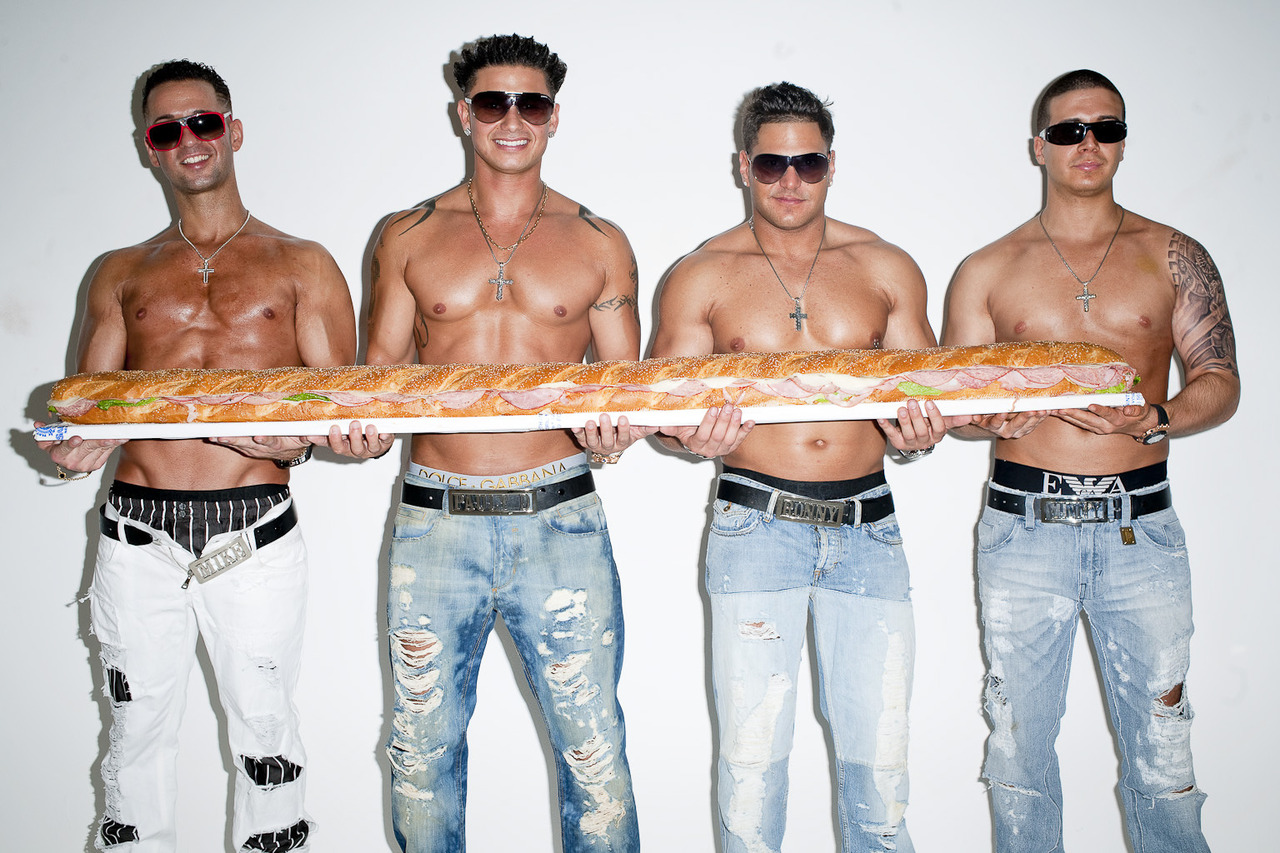 A&F gots no love for the “Situation” – or pretty much anyone on the show “Jersey Shore.”
FTR – I have never watched – and do not ever plan to watch “Jersey Shore” – unless, of course, it is part of some sort of “A Clockwork Orange” behavioral modification program.  But…I do peruse the interwebs and watch “The Soup” on the E! Channel, so I’m somewhat familiar with the “concept.”

According to a Reuters’ article:

“The preppy retailer has offered to pay cast members from MTV’s popular show ‘Jersey Shore’ to stop wearing its clothes, it said in a news release late Tuesday.

The company is ‘deeply concerned’ that Michael “The Situation” Sorrentino ‘could cause significant damage’ to the brand’s ‘aspirational nature.’ “

Some speculate it’s a publicity stunt since this is coming from a company that previously sold T-shirts emblazoned with the wording “The Fitchuation.”

But, A&F wants to move into Europe, and they are concerned their association with the Jersey crowd could cause problems in that market.  (What does it say about us here in the USA – they weren’t concerned about us where they?)

I’m not convinced it’s not a stunt but it did start me thinking about HR.  Weirdness I know.

Every company has one – or two or three – people who bring home the bacon, make the donuts – whatever – and have a personality or style that is contrary to the business value and brand.  I’ve been at too many companies that ignore the “situation” and just let things go as long as the money tree is bearing fruit.  Just like A&F – it’s fine as long as it’s making dough (can you tell I’m hungry as I write this?)

But it will end.  There will be a day when the amount of fruit harvested can’t make up for the amount of toxins being spewed back into the organization.  Like A&F – there will be a time when the benefits of having someone like the “Situation” connected to your brand are outweighed by the costs and the risks.

In A&F’s case – they could have distanced themselves from the cast early on (and risked losing some dough from the association in the US market) – or they can pay them now – to NOT wear the clothes to keep their losses to a minimum in Europe.  In either case, they are paying.

From an HR perspective – allowing these kinds of bad folks, toxic behaviors, etc., never plays out well.  The costs are too high.

While at the time you may think the baddies are a revenue positive “situation” – the reality is they will always be profit negative – from toxic sales people bringing in problem clients to horrible managers increasing turnover to poor employees creating bad relationships with vendors.

Wherever these people are – they never, read that again, never add long-term value.  Never.

They always take more than they leave behind when they’re gone.

This is one of the reasons people come to HR and say “We have a situation we have to deal with.”