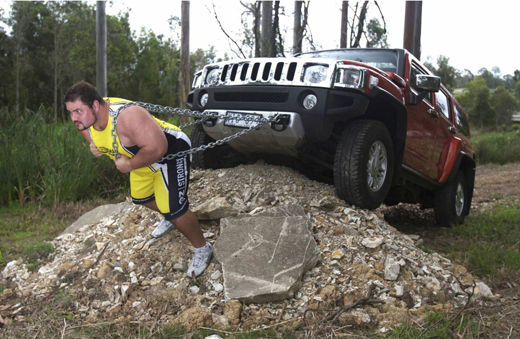 By this point, all of you already know that I was named to the Top 100 HR and Recruiting Pros To Follow on Twitter, with this honor I had the epiphany to un-suck the HR world when it dawned on me that HR Sucks. For too long, HR Pros have been playing to executives, playing all nice and safe and boring.  HR has been running around like a chicken with its head cut off, and it’s my destiny to become the chicken head.  So I found a partner with which to begin my conquest: FOT.

I became the Chief FOT’er in a swift, but un-violent, coup. Then I brought in the most badass HR Pros to help run our organization.  My COO – Mother F’ing Pete Drucker – yeah he’s dead, but with our unlimited budget and cloning technology we were able to dig up Pete’s head and put it into a Transformer type frame – take that punks.  Our Chief Strategy Officer? Yeah – Tom Peters – that’s right, I’m flanked by two Peters, beat that SHRM!  CIO you ask – the badass himself – Bill Kutik. Why? Because he’s got a smokin’ hot wife, and you don’t.  And we have to add a chic because – I am HR – and that’s what we do – so our Chief Chic is Cynical Girl herself Laurie Ruettimann – she says “F-You” more than any other person I know.

I lorded over my team of HR Godfathers and Godmother night and day like a cruel, but just, dictator, tweaking, refining, crafting the design of our new HR world until they met my unwavering standards.  We hired the top HR analyst to develop HR practices that the world has never seen, to push the limits of every legal policy.  When those analysts said I was pushing the legal limits too far, I fired them. Then I hired a group of Soviet HR Analyst defectors to push the technology even farther, eventually breaking all Federal HR Administration limits of awesomeness.

Now that I have broken apart the corporate ladder and beat the world into submission with it, I’m putting the mamby-pamby HR world on notice.  I’m making it more badass, more wild, more lethal.  I’m talking about settling Union walkouts MMA-style, in the ring.  Legalizing body part picture texting. Making post-hire press conferences where you talk trash about the company you just stole the person from. Basically, making HR be the thing that everyone in the world has been wanting it to be: not sucky.

I’m the Chief FOT’er. You shut up.

(before you get your undies in a bunch, check out K-Swiss’s new marketing champaign with Kenny Powers and you’ll see where my inspiration came from for this post! Warning – NSFW)