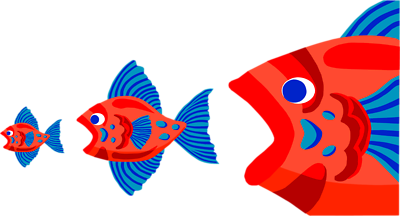 Mergers, buyouts, hostile takeovers – whatever the specific scenario, it is always high drama in the halls when Company A is about to absorb Company B. As a Human Resources or talent pro, if you find yourself on ‘acquiring’ side, once you get over your often undeserved feeling of smugness and superiority, (if you ever do), straight away you’ll find yourself knee-deep in what is most often called ‘synergy’ planning and modeling. ‘Synergies’ are a nicer way of referring to the almost inevitable cuts and consolidations of functions, locations, processes, systems, and of course people that the acquiring company (and typically the ongoing concern), expects and is pretty much required to realize with the execution of the merger and the subsequent reductions and cuts. ‘Synergies’, when looked at as a stand alone term, sounds kind of cool – dynamic, exciting, and even intriguing. But in the practice and execution of corporate consolidations, particularly if you are on the side that is getting acquired, synergy is just a boardroom word for ‘The amount we will save in labor costs after the layoffs.’

This is altogether natural and expected – obviously when two organizations are combined, there is almost never a call for continued duplication of many corporate support functions like finance, marketing, usually at least some of IT, and yes, Human Resources. In fact, these kinds of synergies are so apparent and expected by the business leaders planning and executing the merger or acquisition, that they are almost never held up for serious debate or consideration as the total amounts to be realized in synergies are being tallied. It is a given – once the consolidation is complete, and perhaps with some extra time added in for some IT-led systems migration, the people practicesfrom large Company A are imposed on all the survivors from Company B.
HR systems, benefit programs, policies, methods to manage some of the more mundane but important workforce management practices like overtime pay and shift differential – if your job was to maintain, manage, or administer any of these from Company B – well, you may as well quickly sort out which company severance policy will be in effect when you are let go.These processes – pushing Company B employee HRIS records to Company A’s system, ending Company B’s benefit plans, sorting out the ‘crazy’ perks that some of the Company B executives were getting that (shockingly) went undiscovered during due diligence, are largely mechanical, and for many companies that are in serial acquisition mode, they can be executed quickly, efficiently, and kind of ruthlessly. As the HR or Talent pro, if you are lucky enough to be on the ‘winning’ team in all this, it can be really easy to convince yourself that since ‘we’ acquired ‘them’ that somehow we are smarter, more savvy, more successful, better looking, and possessing some kind of innate and obvious superiority over the talent pros on the other side of the transaction.
And sure, it could be that as talent pros, your contribution to Company A’s planning, recruiting, development, succession planning, and effective and strategic administration of compensation programs all contributed significantly to your company’s success and consequently its position of relative financial and market strength that allowed it to acquire Company B. But it also could be, and I have a feeling often is the case, that as the HR and Talent pro on the winning team, you kind of got lucky, and happened to be fortunate enough to grab a seat when the music stopped. Which certainly is not your fault either, that’s the breaks. Stuff happens.

I think, at least from what I have seen, that HR and talent pros on the acquiring side, while helping to plan and recommend the number and timing of the workforce ‘synergies’, can often wield the sharpest and most unkind axe on their HR colleagues (or more correctly their ‘never going to have a chance to be colleagues’), on the other team. Maybe it is a natural protection and self-preservation mechanism setting in, but when it comes to the HR people and policies that are unearthed in Company B, well the HR and talent pros are uninformed and unskilled, and the people practices they’ve dreamed up over there are a collection of the nuttiest, most ill-advised ideas they’ve ever seen.

But here’s the thing – once the acquisition and synergy finding process is fully underway, it is typically much less about who has the better ideas and more about whose side has the better parking spaces and whose name is on the new letterhead. If you as an HR pro find yourself on the winning side, please at least consider, even for a brief moment or two, that the HR pro on the other side of the table might just have some great ideas of their own. They might have actually implemented some programs and policies that made perfect sense for their company and their employees.

They might just have something to teach you, despite the fact that you won and they lost.